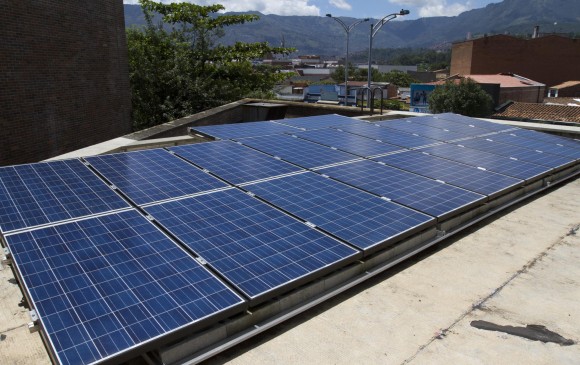 Solar modules work as an imitation of the leafs in their process of photosynthesis. They acquire the sun’s UV emissions and, through transformers, translate solar energy into electrical energy.

The idea of ​​installing them has emerged since 2019 with a line of action called a sustainable and friendly Campus, which contained seven areas to turn the Faculty of Mines into a kinder space with the community that inhabits it and with the surrounding environment.

The project was presented with a budget of 150 million pesos that was approved by the Headquarters Action Plan and that was carried out until this month of January where it was fully implemented.

The project was launched and the Solenium company, led by a group of graduates of the University, was responsible for making the assembly.

With the modules, the block is expected to be self-sustainable in terms of energy and serve as an impulse for the National University to implement them in the rest of its faculties and headquarters.

In fact, the system works in buildings of the UPB, the UdeA, Eafit and companies such as Plaza Mayor and the El Tesoro shopping center, among other bets for contributing to sustainability and clean energy.