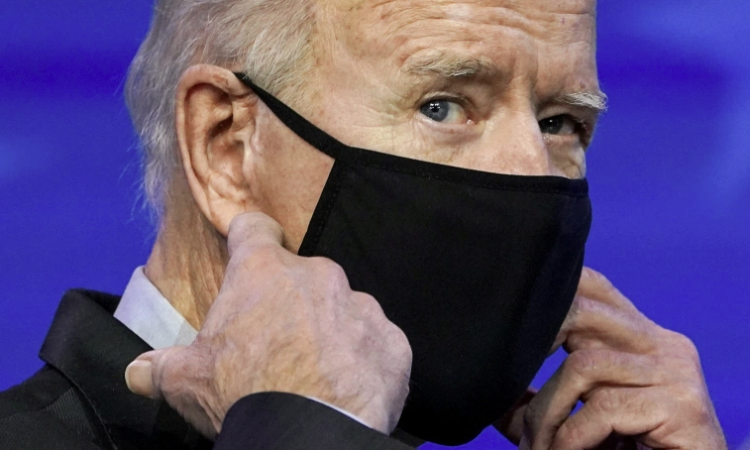 Here’s the complete Biden statement from the White House website:

It was nearly two weeks ago that Jill and I paid our respects to Capitol Police officer Brian Sicknick, who laid in honor in the Rotunda after losing his life protecting the Capitol from a riotous, violent mob on January 6, 2021.

Today, 57 Senators – including a record 7 Republicans – voted to find former President Trump guilty for inciting that deadly insurrection on our very democracy. The Senate vote followed the bipartisan vote to impeach him by the House of Representatives. While the final vote did not lead to a conviction, the substance of the charge is not in dispute. Even those opposed to the conviction, like Senate Minority Leader McConnell, believe Donald Trump was guilty of a “disgraceful dereliction of duty” and “practically and morally responsible for provoking” the violence unleashed on the Capitol.

Tonight, I am thinking about those who bravely stood guard that January day. I’m thinking about all those who lost their lives, all those whose lives were threatened, and all those who are still today living with terror they lived through that day. And I’m thinking of those who demonstrated the courage to protect the integrity of our democracy – Democrats and Republicans, election officials and judges, elected representatives and poll workers – before and after the election.

This sad chapter in our history has reminded us that democracy is fragile. That it must always be defended. That we must be ever vigilant. That violence and extremism has no place in America. And that each of us has a duty and responsibility as Americans, and especially as leaders, to defend the truth and to defeat the lies.

That is how we end this uncivil war and heal the very soul of our nation. That is the task ahead. And it’s a task we must undertake together. As the United States of America.

share on Facebookshare on Twitter
COVID-19 relief bill embraced by Democrats will cause billions of dollars in cuts to critical programs such as Medicare
BREAKING: Pelosi says 9/11-style commission will investigate storming of the U.S. Capitol