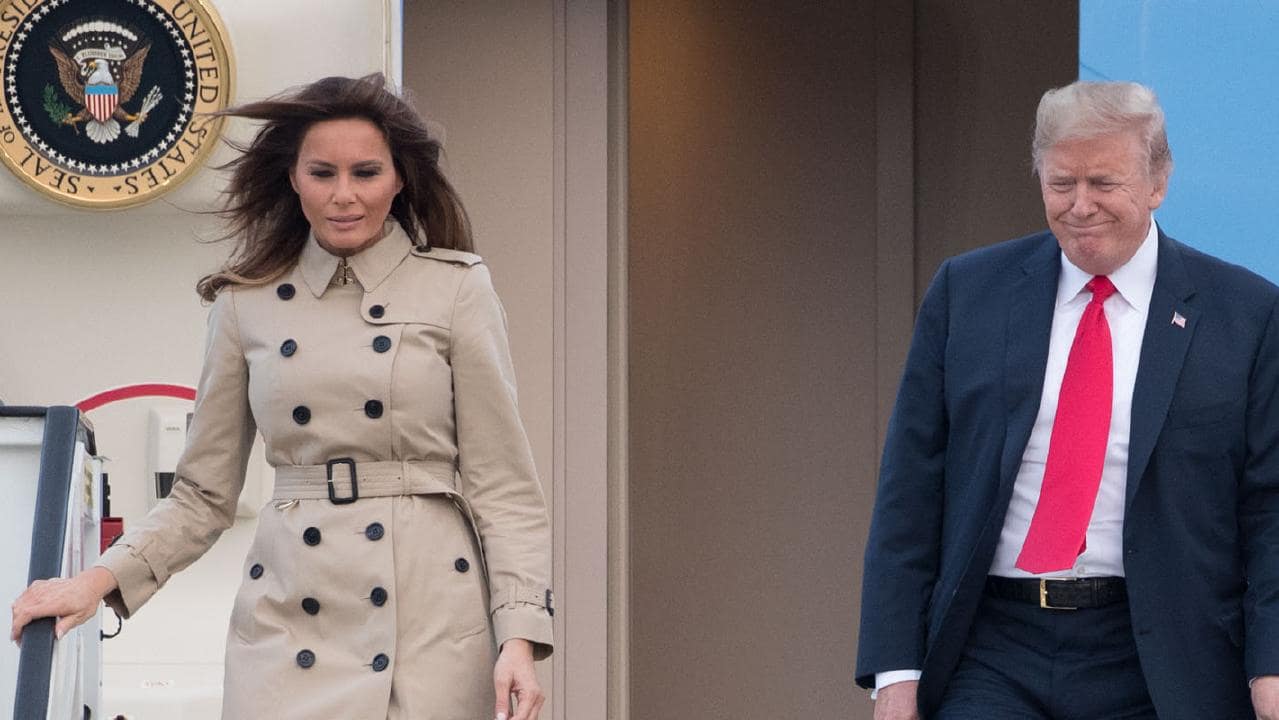 The wild conspiracy theory that Melania Trump has a body double has been around since last year, but now more believers are crawling out of the proverbial woodwork thanks to some photos of her landing in Brussels this week.

It all started in 2017 when the First Lady was spotted sporting a hat and suspiciously large sunglasses while exiting Air Force One in Texas.

Fuel was added to the speculation fire once more in September when Mr Trump spoke to first responders after Hurricane Irma.

“I just want to thank everybody, the first responders, on behalf of myself, our Vice President” said Trump. He then added: “Melania really wanted to be with us”.

There’s just one little problem; Melania was standing right next to him, in her far-too-large sunglasses and hat.

Suffice it to say, conspiracy theorists went into overdrive – for what reason we can only speculate – but it make for an absurdly wild ride.

Now as Trump and his wife touched down in Brussels earlier this week ahead of the NATO summit the photos captured from the moment had people asking once more: “Where is Melania?”

The answer that she was right in front of them apparently isn’t good enough.

You’d be a fool if you thought this theory would be put to rest with something preposterous like, for example, the truth.

Many claimed that Mrs Trump didn’t look like herself and speculated that this apparent change was proof-positive that she had a body double.

These new, slightly believable insane claims, come just months after Melania (and by extension this supposed body double) vanished from the public view, which a later announcement revealed she had undergone surgery to treat a kidney problem.

Her rather noticeable absence sparked myriad rumours, with some believing her illness was a smoke and mirrors tactic to cover up that she moved out of the White House with 12-year-old son Barron.