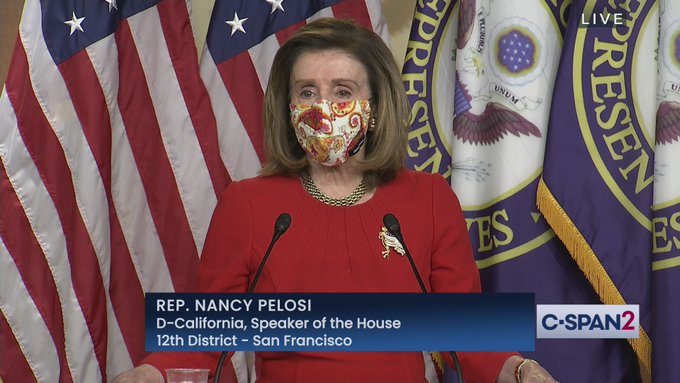 Earlier today, House Speaker Nancy Pelosi announced she will introduce legislation awarding the Congressional Gold Medal to the U.S. Capitol Police (USCP) and other law enforcement personnel who protected the Capitol on January 6.

Speaker Pelosi praised the “extraordinary valor of the Capitol Police, who risked and gave their lives to save our Capitol, our democracy, our lives. They are martyrs for our democracy.”

The Congressional Gold Medal is the highest honor Congress can bestow.

USCP Acting Chief Yogananda Pittman said today, “To have our police officers’ bravery acknowledged at a time when they’re experiencing tremendous emotions and exhaustion is a gift. We have too many heroes to count and we are humbled Congress may recognize them in this way. From the cards and letters of support we’ve received from around this great country to this incredible award, we are deeply humbled and appreciative.”

“The service of the Capitol Police force that day brings honor to our democracy,” said Speaker Pelosi. “Their accepting this award brings luster to this medal.”

The announcement comes as the USCP is working to protect both Members and the public during the Senate impeachment trial.