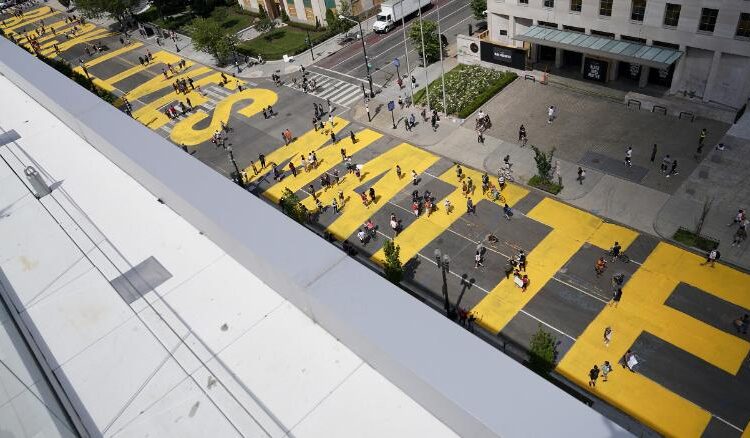 NEW YORK—Mayor de Blasio announced the City will begin street co-namings and street paintings in all five boroughs to commemorate the Black Lives Matter movement. The Administration will work with the City Council to advance legislation to co-name one street in each borough “Black Lives Matter”, and will work with community activists to paint each street.

“The streets of our city will now affirm the vital work activists have done to bring us forward,” said Mayor Bill de Blasio. “With a street in every borough painted with the words Black Lives Matter, we are recognizing where we have been and looking forward to where we will go.”

The project will begin in Manhattan near City Hall. The other four locations will be determined in conjunction with the City Council.

“Renaming and repainting a street is a modest testament to the massive challenge ahead of us,” said Manhattan Borough President Gale A. Brewer. “But in so doing we will, literally, set down a marker for our current goals and mark this era for future generations. I’m a history buff; as New Yorkers and visitors walk downtown past some of America’s most historic landmarks, ‘Black Lives Matter Way’ will add to that history.”

“I thank the Mayor for taking this action. We need to continue to take down monuments of racism and replace them with unequivocal affirmations of racial justice and commitment to fighting for reforms that value and protect Black lives. Located in the heart of New York City’s Civic Center, this sign is a permanent reminder for elected officials, workers, visitors, and residents that this is more than just a rallying call, it’s a movement that requires our continued solidarity and full support,” said Council Member Chin.

The post NYC Will Paint ‘Black Lives Matter’ On Streets In All 5 Boroughs appeared first on Breaking911.

share on Facebookshare on Twitter
Best time to hire your dream talent is now!
BREAKING: Speaker Pelosi Calls For Removal of Confederate Statues From the US Capitol