HomeNewsNY Gov. Cuomo issues new statement on harassment allegations: “I think I am being playful and make jokes…”
News

NY Gov. Cuomo issues new statement on harassment allegations: “I think I am being playful and make jokes…” 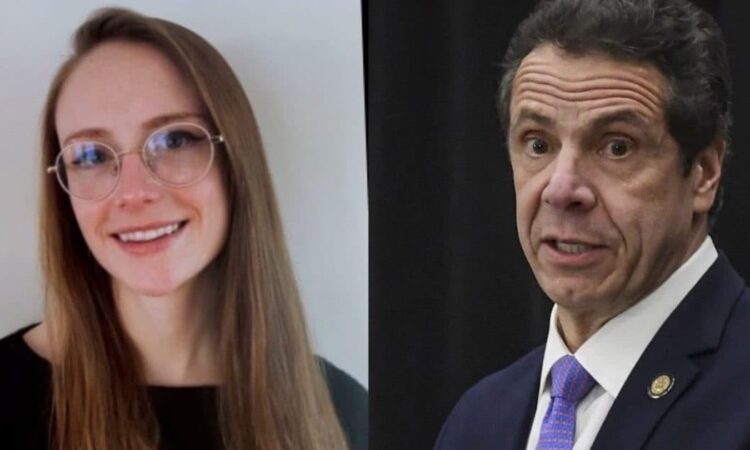 NEW YORK – New York Governor Andrew Cuomo on Sunday issued a statement addressing sexual harassment allegations from two former aides. Cuomo says he acknowledges some of his actions may have been “misinterpreted as an unwanted flirtation.”

Earlier in the day, New York Attorney General Letitia James said she would investigate the allegations and dismissed a suggestion by Cuomo that he appoint someone to investigate the claims.

“To clarify, I do not accept the governor’s proposal,” James said. “The state’s Executive Law clearly gives my office the authority to investigate this matter once the governor provides a referral. While I have deep respect for Chief Judge DiFiore, I am the duly elected attorney general and it is my responsibility to carry out this task, per Executive Law. The governor must provide this referral so an independent investigation with subpoena power can be conducted.”

“Questions have been raised about some of my past interactions with people in the office.

“I never intended to offend anyone or cause any harm. I spend most of my life at work and colleagues are often also personal friends.

“At work sometimes I think I am being playful and make jokes that I think are funny. I do, on occasion, tease people in what I think is a good natured way. I do it in public and in private. You have seen me do it at briefings hundreds of times. I have teased people about their personal lives, their relationships, about getting married or not getting married. I mean no offense and only attempt to add some levity and banter to what is a very serious business.

“I now understand that my interactions may have been insensitive or too personal and that some of my comments, given my position, made others feel in ways I never intended. I acknowledge some of the things I have said have been misinterpreted as an unwanted flirtation. To the extent anyone felt that way, I am truly sorry about that.

“That’s why I have asked for an outside, independent review that looks at these allegations.

“Separately, my office has heard anecdotally that some people have reached out to Ms. Bennett to express displeasure about her coming forward. My message to anyone doing that is you have misjudged what matters to me and my administration and you should stop now – period.”

The post NY Gov. Cuomo issues new statement on harassment allegations: “I think I am being playful and make jokes…” appeared first on Breaking911.