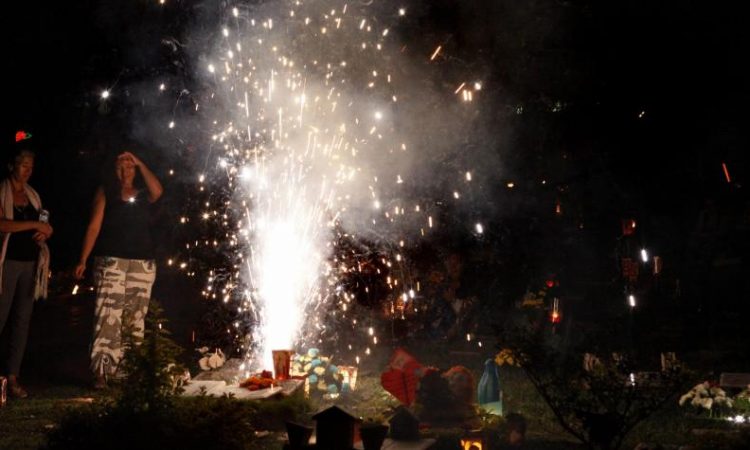 New year’s eve ended with 3 murders in Medellin, one woman and two men.

The 52-year-old female victim was murdered in her own home, in district 3 – Manrique. When the body inspection was done, authorities found several wounds by a knife. The woman’s partner was captured as alleged responsible.

The other case happened in district 7 – Robledo. The victim was a 29-year-old man, who presented several wounds with a knife. As responsible for the incident, an 18-year-old was captured, who apparently committed the murder of the young man, after being partying together in a residence.

The last case occurred on a neighborhood in San Cristóbal district. The victim is a 25 to 30 year old man, but has not yet been identified. According to the authorities, it is dark-skin, thinly complexion, wearing a dark gray T-shirt, jean and no shoes. The victim was also injured by a sharp weapon.

The general of the Metropolitan Police of the Aburrá Valle,  Eliécer Camacho said that despite these events, the behavior of the people at the end of the year celebrations was much better than in 2018.

During the night 19,879 calls were received on line 123, of which 2,900 were irrelevant or fake and 342 were due to fights, which, according to the general, also decreased compared to last year.

On the other hand, Health’s Secretary of Antioquia notified 19 cases of gunpowder injuries on December 31. Three of the cases occurred in Medellín, four more cases happened in El Santuario. In Barbosa, the injured person was a 35-year-old man and in Bello, a 25-year-old man had second degree burns on his neck. In Campamento, two cases were presented, in Cocorná, Yarumal, Remedios and Guarne one case respectively.

In San Vicente, there were three cases and in El Carmen de Viboral there were also cases of burned people. Last year, on December 31, 23 injured by these devices were reported.

Tags :Medellínmurders
share on Facebookshare on Twitter
Medellin and Antioquia start 2020 with new mayor and governor
First Security Council between the Governor of Antioquia and the Mayor of Medellin