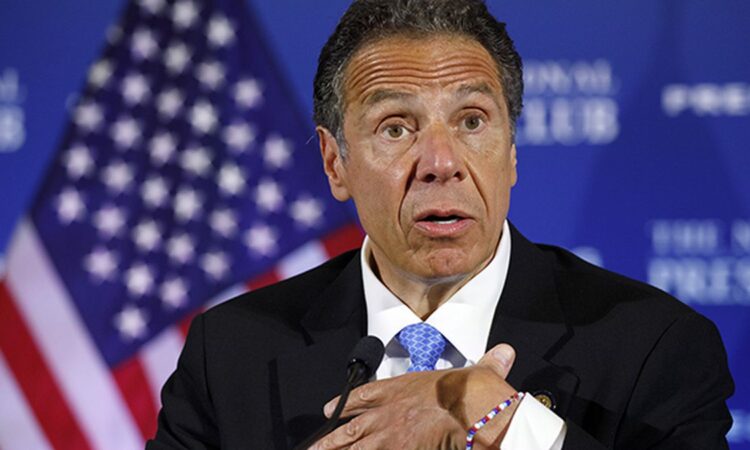 This may be the most damning allegation yet.

Another woman has come forward to say that New York Governor Andrew Cuomo sexually assaulted her at the governor’s executive mansion in late 2020.

The report describes the unidentified woman as “much younger” than Cuomo.

The Times Union broke the story: The staff member […] had been called to the mansion under the apparent pretext of having her assist the governor with a minor technical issue involving his mobile phone. They were alone in Cuomo’s private residence on the second floor of the mansion when he closed the door and allegedly reached under her blouse and began to fondle her, according to the source.

The woman alleges that the Governor was often flirtatious with her–and she claims that was not the only time Cuomo touched her inappropriately.

In response to the report, Cuomo sent a statement to the Times Union calling the woman’s account “gut-wrenching.”

“As I said yesterday, I have never done anything like this,” Cuomo said. “The details of this report are gut-wrenching. I am not going to speak to the specifics of this or any other allegation given the ongoing review, but I am confident in the result of the attorney general’s report.”

BREAKING: A female aide to Gov. Cuomo alleges he aggressively groped her in a sexually charged manner after she had been summoned to the governor's mansion late last year. https://t.co/iOcYGfkX5V