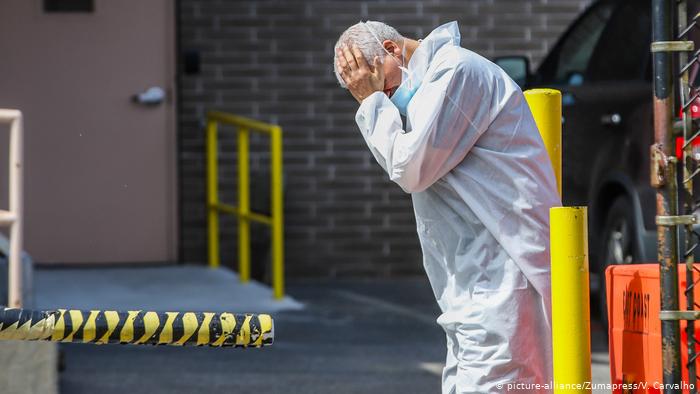 New York City, already a world epicenter of the coronavirus outbreak, sharply increased its death toll by more than 3,700 victims on Tuesday, after officials said they were now including people who had never tested positive for the virus but were presumed to have died of it.

The new figures, released by the city’s Health Department, drove up the number of people killed in New York City to more than 10,000, and appeared to increase the overall United States death count by 17 percent to more than 26,000.

The numbers brought into clearer focus the staggering toll the virus has already taken on the largest city in the United States, where deserted streets are haunted by the near-constant howl of ambulance sirens. Far more people have died in New York City, on a per-capita basis, than in Italy — the hardest-hit country in Europe.

And in a city reeling from the overt danger posed by the virus, top health officials said they had identified another grim reality: The outbreak is likely to have also led indirectly to a spike in deaths of New Yorkers who may never have been infected.

Three thousand more people died in New York City between March 11 and April 13 than would have been expected during the same time period in an ordinary year, Dr. Oxiris Barbot, the commissioner of the city Health Department, said in an interview. While these so-called excess deaths were not explicitly linked to the virus, they might not have happened had the outbreak not occurred, in part because it overwhelmed the normal health care system.

“This is yet another part of the impact of Covid,” she said, adding that more study was needed. Similar analysis is commonly done after heat waves and was performed in the wake of Hurricane Maria in Puerto Rico.

“What New Yorkers are interested in, and what the country is interested in, is that we have an accurate and complete count,” Dr. Barbot added. “It’s part of the healing process that we’re going to have to go through.”

The revised death toll renewed focus on shortcomings in testing that have hamstrung city and state officials since the beginning of the outbreak. A limited number of tests have been available, and until now, only deaths where a person had tested positive were officially counted among those killed by the virus in New York.

But for weeks, the Health Department also had been recording additional deaths tied to the virus, according to two people briefed on the matter. Those cases involved people who were presumed to have been infected because of their symptoms and medical history.

Tags :coronavirusNew York
share on Facebookshare on Twitter
Newcastle takeover: Mike Ashley in advanced talks with PCP Capital Partners to sell club
US pastor who said ‘God is larger than this virus’ and defied social distancing dies of COVID-19