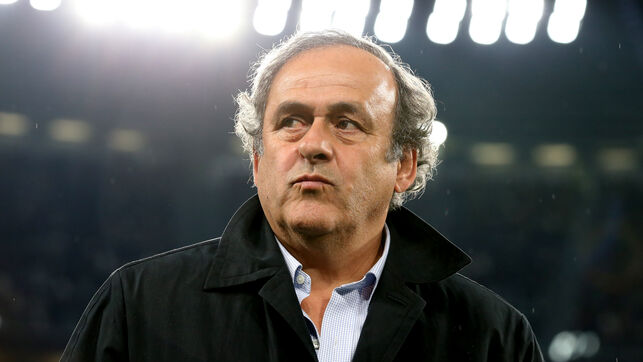 Disgraced former UEFA President Michel Platini has been taken into custody as part of a corruption investigation over the awarding of the 2022 World Cup to Qatar, the French financial prosecutor’s spokesperson told CNN on Tuesday.

The ex-boss of Europe’s soccer governing body had been serving a four-year ban from the sport since 2015, over a $2 million payment he received from FIFA.

He has been brought in for questioning but has not been arrested or charged with a crime, the spokesperson said.

The development again raises questions over the controversial decision to host the upcoming World Cup in Qatar, a small but wealthy Middle Eastern nation which lacks the infrastructure or sporting tradition of previous host countries. The country’s organizers have repeatedly denied allegations of wrongdoing in the bidding process.

Whispers of foul play over the decision have been heard ever since the country was appointed hosts in 2010, and such allegations have been made more openly after the US Justice Department brought racketeering, wire fraud and money laundering charges against several senior figures within FIFA in 2015.
Concerns over temperatures in the country have since forced FIFA to move the tournament to the winter for the first time, while watchdogs have criticized the Qatari government’s human rights record, the country’s ban on homosexuality and the welfare of workers involved in preparing stadiums for the tournament.

But calls to move the competition to a different country have so far been rebuffed. The tournament — the first World Cup to be held in the Middle East — is set to take place between 21 November and 18 December 2022, in eight locations in Qatar.

share on Facebookshare on Twitter
Orca Foundation seeks support for its work in defense of animals
Comuna 13: How a Medellin community turned a war zone into a tourist attraction