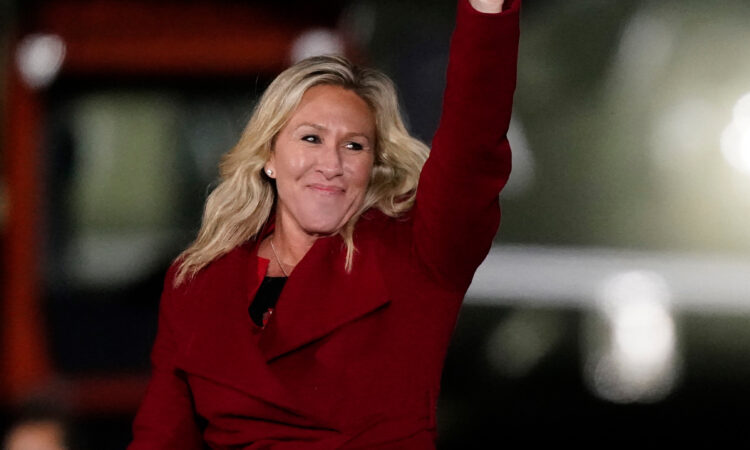 The notorious Congresswoman Marjorie Taylor Greene (R-GA) announced today via Twitter that she would be co-sponsoring H.R. 37, a bill proposed by Congressman Andy Briggs (R-AZ). The bill, also known as the Voter Integrity Protection Act, is meant to deter illegal aliens from voting in federal elections. The announcement can be seen below:

Impose additional penalties on illegal aliens who vote in elections for federal office — and raises such an offense to an aggravated felony.

A brief summary of the bill can be found on Briggs’ congressional website:

“This bill imposes additional immigration-related penalties for aliens who vote in an election for federal office.

It shall be an aggravated felony for an alien who is unlawfully present to violate an existing prohibition against an alien voting in a federal election. (An aggravated felony conviction carries various immigration consequences, such as rendering the alien inadmissible, deportable, and barred from establishing good moral character for naturalization.)

An alien who is unlawfully present and who knowingly violates the prohibition against voting in a federal election shall be deportable.”

While it remains illegal for non-US citizens to vote in federal elections in the first place, many Republicans have accused Democrats in recent years of pandering to them for votes. It has been documented that illegal aliens vote in large numbers, especially in states such as California, which have large amounts of “sanctuary cities” where these immigrants are sheltered from federal deportation agents.