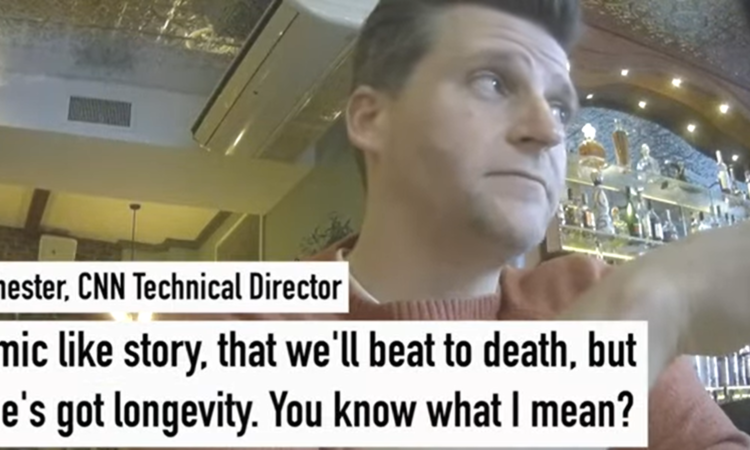 The purported employee, Charlie Chester, says on hidden camera, “We were creating a story there that we didn’t know anything about. That’s what I think is propaganda, you know?

Trump was, I don’t know, like his hand was shaking or whatever I think. We brought in like, so many medical people to like all tell a story that, like, it was all speculation – that he was like neurologically damaged, that he was losing it. He’s unfit to, you know, whatever. We were creating a story there that we didn’t know anything about, you know?”

“Our focus was to get Trump out of office, right? Without saying it, that’s what it was. Right?”

Chester says the network’s next move is stoking fears of climate change.

“Our next thing is going to be for climate change…It’s just gonna be like constantly showing videos of decline and ice and weather warming up and the effects on the economy.”

“It’s the next pandemic-like story. That one’s got longevity. [CNN] will be able to milk that quite a bit.”