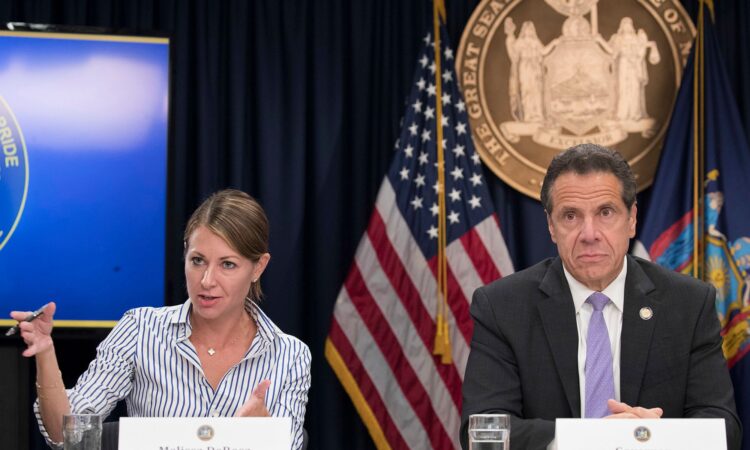 Gov. Cuomo has faced criticism since early 2020 over his highly controversial decision to direct NY nursing homes to accept COVID-19 positive patients and those showing symptoms of COVID-19.

The results of an investigation released last month by NY Attorney General Letitia James revealed that the Cuomo administration underreported COVID-19 related nursing home deaths by as much as 56%.

During a leaked video call obtained by the New York Post, NY Gov. Cuomo’s secretary Melissa DeRosa told NY Democrats that the administration covered up COVID-19 nursing home deaths because they feared the data could “be used against us” by the Dept. of Justice.

She then says Trump “directs the Department of Justice to do an investigation into us. And basically, we froze.”

Sec. DeRosa then made an apology to Democrats for the political inconvenience the scandal caused them: “So we do apologize,” she said. “I do understand the position that you were put in. I know that it is not fair. It was not our intention to put you in that political position with the Republicans.”