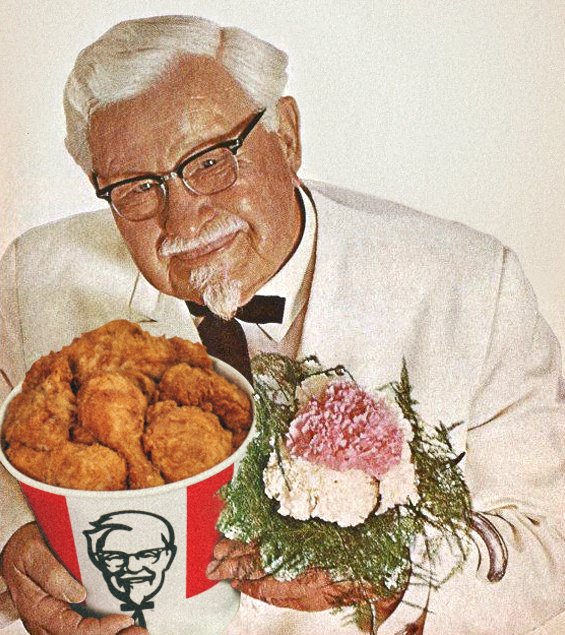 Brand Twitter accounts are rarely that exciting. They are mostly full of adverts and buzzwords that clog up your feed, leaving you to hit that “unfollow” button.

KFC are a little different.

Judging by their tweets it seems to be run by Colonel Sanders himself, which is impressive given his age.

All I ever need on my birthday is time with close family and friends, and then one absolutely enormous cake. Happy Birthday to me. pic.twitter.com/MVGSt9DXON

In space, no one can hear you snack. pic.twitter.com/bhPRiBarwl

Perhaps the best part of their entire account is who they follow. No, it’s not thousands of fans who asks for free stuff if they can get a certain amount of retweets.

Firstly you have Geri Halliwell, Mel B, Emma Bunton, Mel C and Victoria Beckham a.k.a The Spice Girls.

Why aren’t there more Herbs? Why do they follow just one 90s girl band? Did they not like All Saints?

Well, there is a very specific and genius reason behind this strategy? Have you figured it out yet?

KFC pride themselves on only using 11 herbs and spices to create their famous fried chicken recipes.

This amazing fact was discovered by Twitter user @edgette22 and quickly went viral.

11 Herbs & Spices. I need time to process this.