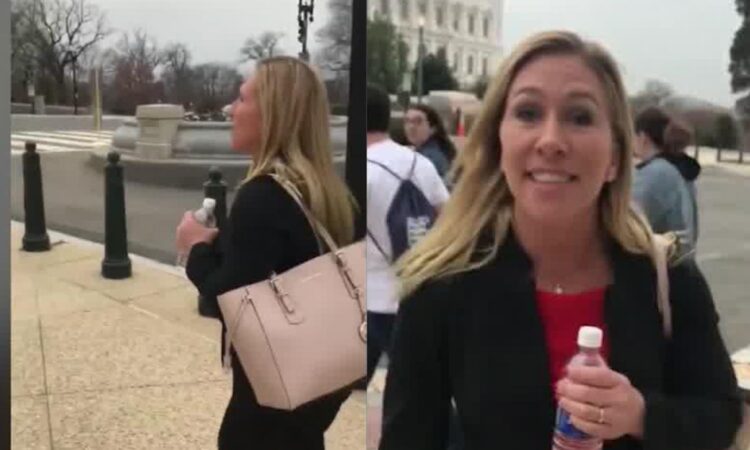 “Past comments from and endorsed by Marjorie Taylor Greene on school shootings, political violence, and anti-Semitic conspiracy theories do not represent the values or beliefs of the House Republican Conference. I condemn those comments unequivocally. I condemned them in the past. I continue to condemn them today. This House condemned QAnon last Congress and continues to do so today.

“I made this clear to Marjorie when we met. I also made clear that as a member of Congress we have a responsibility to hold ourselves to a higher standard than how she presented herself as a private citizen. Her past comments now have much greater meaning. Marjorie recognized this in our conversation. I hold her to her word, as well as her actions going forward.

“I understand that Marjorie’s comments have caused deep wounds to many and as a result, I offered Majority Leader Hoyer a path to lower the temperature and address these concerns. Instead of coming together to do that, the Democrats are choosing to raise the temperature by taking the unprecedented step to further their partisan power grab regarding the committee assignments of the other party.

“While Democrats pursue a resolution on Congresswoman Greene, they continue to do nothing about Democrats serving on the Foreign Affairs Committee who have spread anti-Semitic tropes, Democrats on the House Intelligence and Homeland Security Committee compromised by Chinese spies, or the Chairwoman of the House Financial Services Committee who advocated for violence against public servants.

“In the end, this resolution continues to distract Congress, especially given the limited time that Speaker Pelosi and the Democrat leadership want the House to debate and work, on what it needs to focus on: getting Americans back to work, getting kids back to school, and providing vaccines to all Americans who need it.”

The post Kevin McCarthy Issues New Statement Regarding Rep. Taylor Greene: “I condemn her past comments. I condemn QAnon” appeared first on Breaking911.

share on Facebookshare on Twitter
AOC called out for claim she was ‘nearly assassinated’ during Capitol siege; she hits back saying ‘it was actually worse’
BREAKING: John Matze Terminated as CEO of Parler App