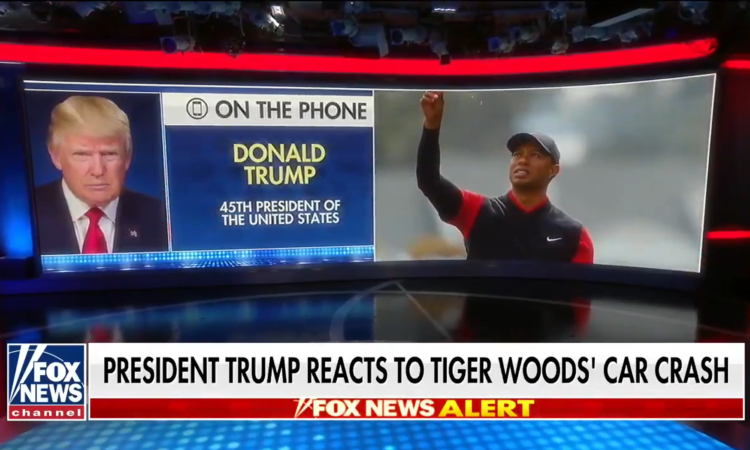 Donald Trump called into ‘Fox News Primetime’ after Tiger Woods was injured in a serious car accident Tuesday. The former President wished Woods well and proclaimed “he will be back.”

“He won the masters with a bad back which tells you the level of talent is incredible and he’s been working on that and then has this happened,” Trump said. “It’s just tragic, tragic … It’s pretty bad on the legs, I understand.”

Anchor Katie Pavlich asked Trump if he had a message for Woods. Trump responded, “Get better and get out there, because we all miss him. We need Tiger, you know, when Tiger goes on the show, when he is in contention, which is often, the ratings are double and triple.”

Watch the full interview below:

The golf icon crashed and his SUV rolled several times Tuesday morning in Southern California. LA Sheriff’s Department officials said it was a single-car crash and there were no signs of alcohol or drugs.

Woods remained hospitalized Tuesday night with serious injuries to both his legs, his agent said.

[READ NEXT: Donald Trump Jr. Reveals What’s Next For His Father]