HomeNewsJust because Michael Cohen made a plea deal doesn’t mean that that implicates the president on anything.”
News

Just because Michael Cohen made a plea deal doesn’t mean that that implicates the president on anything.” 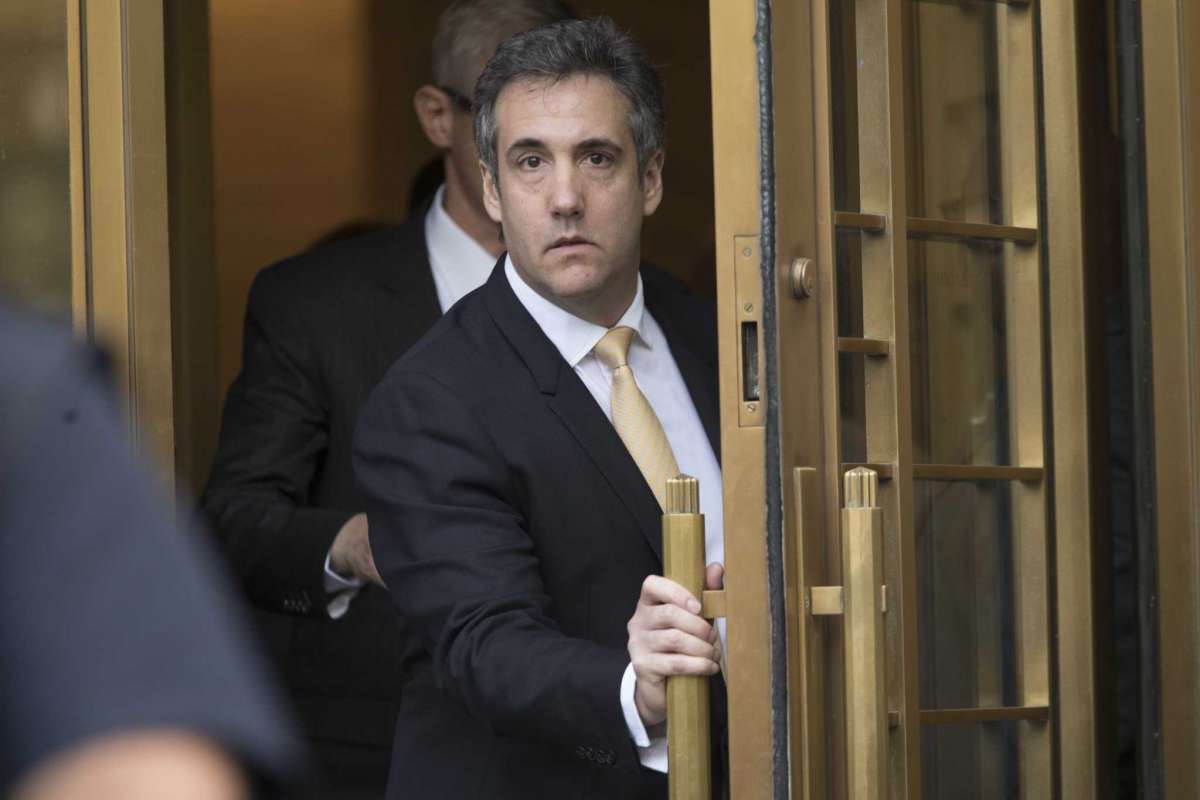 The White House pushed back forcefully on Wednesday against suggestions that a plea deal struck by President Donald Trump’s former lawyer Michael Cohen implicated Trump in a crime.

“As the president has said, we’ve stated many times, he did nothing wrong. There are no charges against him,” press secretary Sarah Sanders said at a White House briefing. “Just because Michael Cohen made a plea deal doesn’t mean that that implicates the president on anything.”

Cohen on Tuesday pleaded guilty to eight criminal charges of tax evasion, bank fraud and campaign finance violations. He told a federal court in Manhattan that Trump directed him to arrange payments ahead of the 2016 presidential election to silence two women who said they had affairs with Trump.

The White House’s position tracked what Trump had maintained throughout the course of the day. Earlier, the president lashed out at Cohen in a Twitter post by saying the campaign finance violations Cohen pleaded guilty to in federal court in New York on Tuesday were not a crime – even though prosecutors and Cohen agreed that they were. Trump made the claim without offering any evidence.

In another tweet, Trump said, “If anyone is looking for a good lawyer, I would strongly suggest that you don’t retain the services of Michael Cohen.”

At the same time, Trump on Twitter praised former campaign chairman Paul Manafort, who was convicted on Tuesday of multiple counts of fraud, as a “brave man” for not cooperating with federal authorities.

Fox News released excerpts of an interview conducted with Trump on Wednesday in which the president said he knew of the payments made by Cohen “later on” but did not elaborate.

After first denying that he knew anything about Cohen’s actions, Trump earlier this year acknowledged that he reimbursed Cohen for payments he made in late 2016 to Stormy Daniels, an adult-film actress whose real name is Stephanie Clifford. Daniels has alleged she had a relationship with Trump.

The president has insisted he paid Cohen out of personal funds and that the payments were not intended to benefit his campaign but to resolve a personal matter.

“They’re weren’t taken out of campaign finance. That’s a big thing,” Trump said in the Fox interview. “They didn’t come out of the campaign; they came from me.”

Trump critics have argued the case being made by the president that the payments to Daniels and former Playboy model Karen McDougal were personal do not hold up given the timing – only weeks before the election.

“If this was a personal matter, why wasn’t she paid off after the affair or in the intervening decade?” said Paul S. Ryan, the head of litigation at Common Cause. “The election was what made her story valuable.”

Cohen attorney Lanny Davis said his client had information that would be of interest to Special Counsel Robert Mueller, who is investigating whether the 2016 Trump campaign conspired with Russia to influence the election. Davis set up a website to collect donations for Cohen’s legal expenses.

Democratic Senate leader Chuck Schumer, speaking on the Senate floor on Wednesday, labeled Trump an “co-conspirator” and demanded that the confirmation hearing for Supreme Court nominee Brett Kavanaugh, which is scheduled for early September, be delayed in the wake of Cohen’s plea.

“Mr. Cohen is not interested in being dirtied by a pardon from such a man,” Davis told NPR.

Cohen’s plea came as Manafort, who served as chairman of Trump’s campaign, was found guilty on eight charges in a separate financial fraud trial in Alexandria, Virginia, stemming from a federal investigation into Russian meddling in the 2016 U.S. election and possible coordination with the Trump campaign.

In a morning tweet, Trump said, “I feel very badly for Paul Manafort and his wonderful family. ‘Justice’ took a 12 year old tax case, among other things, applied tremendous pressure on him and, unlike Michael Cohen, he refused to ‘break’ – make up stories in order to get a ‘deal.’ Such respect for a brave man!”

The Cohen and Manafort cases ratchet up political pressure on Trump and fellow Republicans ahead of November elections, in which Democrats are seeking to regain control of Congress.

The Mueller investigation has clouded Trump’s presidency for more than a year and Tuesday’s developments increase pressure on him personally. While Cohen did not name Trump in court on Tuesday, referring to him as “the candidate,” Davis on Wednesday accused the president of being directly involved.

Cohen had “information … regarding both knowledge of a conspiracy to corrupt American democracy by the Russians and the failure to report that knowledge to the FBI,” Davis told MSNBC.

Schumer said he was concerned that Kavanaugh, a federal appeals judge, told him during a Tuesday meeting that presidents should not be subject to criminal or civil investigations – or even be required to comply with related subpoenas – while in office and that impeachment by Congress is the only legal recourse.

On the Senate floor, Schumer argued that Trump should not be permitted to select a Supreme Court justice when that justice could ultimately end up hearing a case involving the president.

“A president identified as a co-conspirator of a federal crime, an accusation not made by a political enemy but by the closest of his own confidants, is on the verge of making a lifetime appointment to the Supreme Court, a court that may someday soon determine the extent of the president’s legal jeopardy,” Schumer said.

Congressional Republicans still were taking measure of the situation, with Senator John Cornyn, the second-ranking Republican in the Senate, saying Cohen’s “credibility is in tatters because he’s basically been all over the map in terms of what his story is.”

Cornyn said Congress would continue, as it has been, investigating into claims of Russian interference in the 2016 election, but noted that, “nothing we heard yesterday has anything to do with Russia, or the reason why director Mueller was appointed special counsel.”

Russia has denied U.S. intelligence community findings that it interfered with the 2016 election with the aim of boosting Trump and hampering Democratic challenger Hillary Clinton. Trump has denied any collusion by his campaign with Moscow and repeatedly called Mueller’s investigation a witch hunt.

.@PressSec: “Just because Michael Cohen made a plea deal doesn’t mean that that implicates the president on anything.” pic.twitter.com/TPbb1gdbGW

share on Facebookshare on Twitter
Colombia could dump ‘most successful football coach in history’
Despite poverty rate, Colombia wants to tax basic necessities