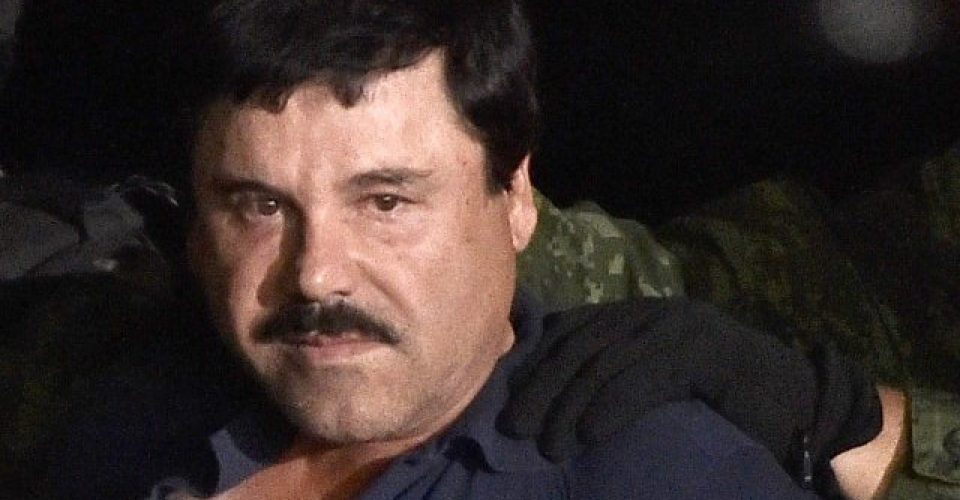 For more than a month, Joaquín Guzmán Loera, the Mexican drug lord known as El Chapo, has sat in a Brooklyn courtroom, mostly stone-faced, sometimes smiling, but never saying a word.

On Thursday, however, the jurors at his drug conspiracy trial finally heard him engaging in the business that led to his indictment. Prosecutors played an intercepted phone call of the kingpin striking a deal with Colombian guerrillas to move six tons of cocaine from Ecuador to Mexico.

While it was not the first time Mr. Guzmán’s voice had been heard at the trial — this week the government played clips of his infamous video interview with Rolling Stone — it was the first time jurors heard him practicing his trade.

In the secretly recorded conversation, Mr. Guzmán was negotiating with a member of the Revolutionary Armed Forces of Colombia, or FARC, about the cocaine shipment — most of which he asked to buy on credit. In the recording, Mr. Guzmán haggled over pricing and insisted on dispatching a “technician” to inspect the product’s quality before sending the guerrillas their initial payment of $50,000.

Though it remains unclear who recorded the call and how, it appears to have emerged from a long investigation by American officials into Jorge Cifuentes Villa, the leader of a Colombian trafficking clan, who said he started working with Mr. Guzmán a few years before his former Colombian connection was arrested.

Appearing at the trial as a witness for the government, Mr. Cifuentes in three days of testimony has described not only the various cocaine deals he hatched with the defendant in Ecuador, but also his own remarkable life of crime, which began when he was 4 and started helping his father move illegal cigarettes and whiskey through the port in Medellín.

On Tuesday, his first day on the stand, Mr. Cifuentes recalled how he met Mr. Guzmán in 2003 at a mescal-soaked party at the kingpin’s hide-out in the Sierra Madre mountains; it was a celebration of the second anniversary of his first escape from prison. Getting to the party required a harrowing landing on a steeply inclined covert airstrip. Once he was safely on the ground — and after he had said a few prayers — Mr. Cifuentes resolved, he told jurors, to buy Mr. Guzmán a helicopter so he could “fly in a more civilized way.”

That same year, he started sending Mr. Guzmán shipments of cocaine in carbon-fiber airplanes that were specially designed to frustrate radar. In 2007, after his brother — a former pilot for the Colombian drug lord Pablo Escobar — was killed, Mr. Cifuentes fled to Ecuador, where he began arranging drug deals with the FARC for Mr. Guzmán and protecting their investment by bribing a local military officer.

The officer was not the only person Mr. Cifuentes has acknowledged paying off. He testified that he routinely bribed the Ecuadorean Navy (for information about American naval ships) and the Colombian police (“whenever it was needed”). Early in his career, he told the jurors, he once paid off Colombian officials to expunge his prison record.

By his own admission, Mr. Cifuentes was also a prodigious liar and cheater. As a teenager, he said, he lied about his age on his first driver’s license, and later, in Key Biscayne, Fla., he lied about his name while buying a $4 million mansion. He once bought a fake diploma, he confessed, “to impress my colleagues at work,” adding that he meant his “drug trafficking work.” When the helicopter he gave to Mr. Guzmán crashed, he said he pushed it off a cliff in an insurance scam.

But Mr. Cifuentes’s grandest fraud involved creating a foundation to preserve some seven million hectares of jungle in the Amazon on behalf of what he called the region’s “indigenous people.” Under questioning by prosecutors, he grudgingly acknowledged that he did not have “completely noble motives” in the venture. In reality, he said, the foundation was mostly a way to funnel up to $1.5 billion in environmental contracts to companies he owned.

The Cifuentes family has, for decades, been famous in Colombia for working in the cocaine trade. Aside from the oldest brother — the pilot who was killed before he could be arrested — Mr. Cifuentes’s younger brother, Alexander, and two of his sisters, Dolly and Lucia, were convicted of drug trafficking charges.

Even his mother, Carlina, was involved. Before prosecutors played Mr. Guzmán’s call with the guerrillas, they let the jurors hear recorded conversations in which Mr. Cifuentes and his mother could be heard discussing drug deals.

And yet on cross-examination Thursday afternoon, Mr. Cifuentes claimed he and his relatives were normal people who had “conflicts like any other family.”

Jeffrey Lichtman, one of Mr. Guzmán’s lawyers, was skeptical.

“Conflicts like any other family?” he repeated. “Like the time your brother Alex ordered the murder of your nephew?”

Mr. Cifuentes will be back in court on Monday to finish cross-examination.