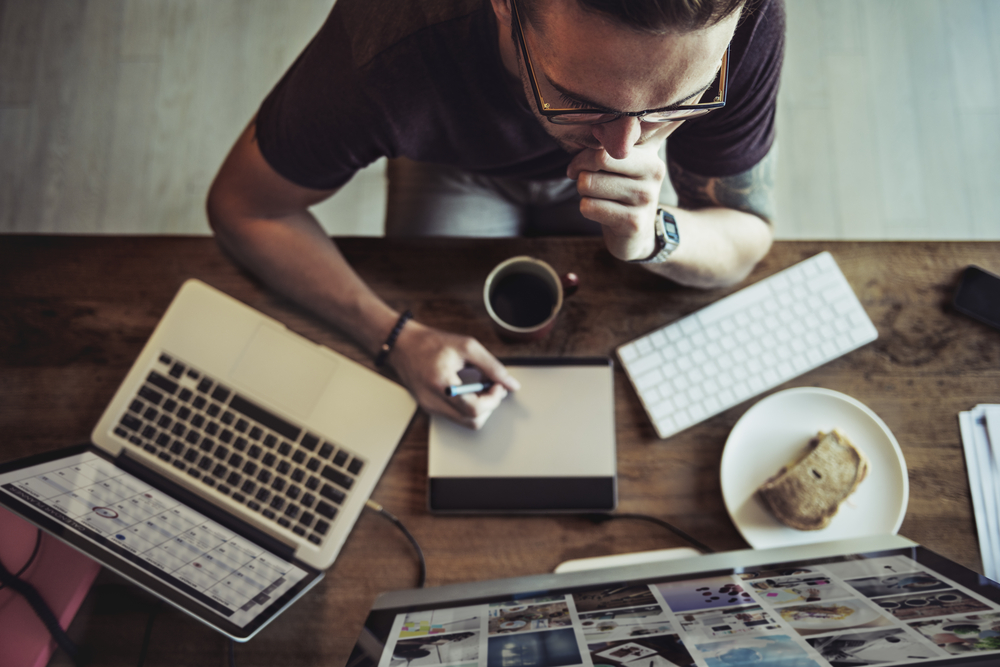 The choices we make during the first hour or so of our morning often determine what the rest of the day will look like. Will your morning routine grant you a day full of productivity and peace of mind? Or will you be looking at an eight-hour stretch of haphazard work?

Over the past five years I’ve interviewed more than 300 successful people about their morning routines. Through talking with business leaders and university presidents to Olympians, fashion models and artists, I’ve learned that while there isn’t one “best” morning routine that works for everyone, there are best practices that some of the most successful people I spoke with follow every day.

Here are some of the most common morning routines I’ve found among successful people.

Experiment with your wake-up time

While the majority of the people I’ve interviewed tend to get up early — the average wake-up time for everyone I’ve talked to is 6:27 a.m. — successful people like to experiment to find the sweet spot that works for them.

For many of us, the time we wake up depends almost entirely on when we need to be at work, school or elsewhere. This often means waking up as late as possible to maximize sleep time, with the only goal being to make it out of the door on time to avoid being late for wherever we need to be first thing. But experimenting with your wake-up time gives you the space you need to enjoy your mornings.

Make time for whatever energizes you

Most successful people carve out time in their morning to commit to things that make them feel relaxed, energized and motivated. That can mean working out, reading, meditating or just spending time with your loved ones.

Your morning routine helps to ground you, and using it thoughtfully will help to set the tone for the rest of your day.

Marie Kondo, the organizing consultant and author of “The Life-Changing Magic of Tidying Up,” told me that when she wakes up in the morning she immediately opens the windows to let in fresh air, a practice she has done since she was a child. She also purifies the house by burning incense and, needless to say, she tidies her house before leaving for the day.

Breaking news, I know. But stick with me.

Your morning routine means nothing without a good night’s sleep behind it. Not getting enough sleep has been linked to chronic diseases like diabetes and heart disease, and might even decrease the effectiveness of your immune system.

Don’t become complacent about how much sleep you need; most people require between seven and nine hours of sleep a night. If you’re constantly trying to get by on less than seven hours of sleep, it will catch up with you, likely sooner rather than later.

Here’s The Times’s guide on how to get a better night’s sleep.

Adapt your routine to different situations

While it might not always be possible to keep your full morning routine in place when you’re away from home, it is possible to have a travel-ready routine that is always there when you need it. If you’re staying with family, instead of heading to the local gym for a couple of hours in the morning, consider going for a short jog around the block instead. If you’re stuck in a hotel room with few options for breakfast, consider finding the closest grocery store to piece together something loosely resembling your favorite at-home breakfast.

Don’t beat yourself up

Nearly everyone I’ve talked to said they don’t consider one, two or even three missed days of their morning routine a failure, so long as they get back to it as soon as they can. They recognize that sometimes they’ll miss their routine, and that’s O.K.

Jerry Seinfeld has a theory of habit creation that requires a person not to “break the chain.” The idea is that if there’s a certain task you want to do every day, you can keep yourself accountable by putting a red “X” over every day you complete this task on a large wall calendar. Soon you’ll have created a chain. Your only job then is not to break it.

While I’m a fan of Mr. Seinfeld’s theory, it doesn’t allow for occasional, yet inevitable, failures. If it works for you, great! March on keeping that chain alive. But it’s important to keep in mind that life happens and sometimes you simply won’t be able to stick with your morning routine. It happens, and that’s fine. Reflect on it, then forget it and move on.

“I give myself a break and take the longer view of what’s happening,” said Kevin Cleary, the chief executive of Clif Bar & Company. “If I can’t do my workout later in the day, I’ll tell myself I’ll just pick it up tomorrow or the next day. Six months from now, my body or I won’t know that I missed a day.”