Is Ecuador’s ‘Pablo Escobar’ a Member of Colombia’s FARC? 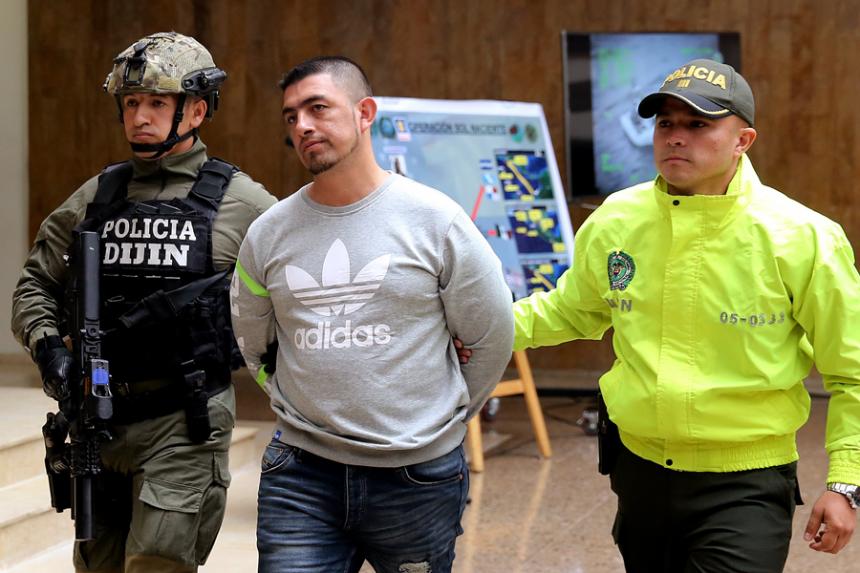 A jailed Ecuadorean drug capo is claiming to be a member of Colombia‘s demobilized FARCguerrilla group in order to receive judicial benefits offered to former fighters under a 2016 peace agreement. But simply appearing on the FARC‘s membership list may not be enough to prove association with the group, raising questions about how to verify who should be allowed to take advantage of the peace process, and who should not.

Washington Prado Alava, who was dubbed the “Pablo Escobar” of Ecuador after his arrest in Colombia earlier this year, is attempting to block his extradition to the United States in Colombia’s Supreme Court by claiming he is a member of the demobilized Revolutionary Armed Forces of Colombia (Fuerzas Armadas Revolucionarias de Colombia – FARC), El Tiempo reported on September 16.

The peace deal signed with the FARC last year promised members of the group they would not be extradited. Prado’s claim to FARC membership is reportedly based on a letter confirming him as such, which was signed by Gustavo González, alias “Rambo,” the former head of the FARC‘s Daniel Aldana Mobile Column. Prado’s lawyers have asked the Supreme Court to call on González to confirm the claims.

Prado stands accused of heading the most powerful criminal organization on the Colombian and Ecuadorean Pacific Coast. Unknown to the public until his arrest, Prado allegedly shipped 250 metric tons of cocaine to the US Pacific Coast, according to US and Colombian authorities. His purchase of coca from the Daniel Aldana Mobile Column was reportedly documented, but official intelligence did not show Prado as a FARC member.

Prado’s case points to the FARC‘s complex ties with the drug trade, which at times can blur the lines between a guerrilla fighter and a trafficker. Indeed, it is interesting that Prado’s membership claims are linked to the Daniel Aldana Mobile Column, formerly one of the FARC‘s most powerful structures.

The Prado case also shows the difficult position in which the FARC have found themselves with respect to the peace agreement. As pointed out by El Tiempo, declaring the Ecuadorean capo as a member of the guerrilla group would mean taking responsibility for the 250 metric tons of cocaine he allegedly shipped, a problematic admission of guilt for an organization that maintains its involvement in the drug trade stayed inside Colombian borders.

Denying Prado’s claim, on the other hand, will no doubt fuel suspicion that mid-ranking FARC members were involved in wrongfully slipping traffickers into FARC membership lists so that they could improperly take advantage of the provisions of the peace deal. The FARC have previously stated that the group’s membership lists will be vetted intensively, arguing that the two dozen other cases like Prado’s will be resolved. However, the group has not publicly commented on Prado’s case specifically, suggesting that the organization may be debating internally about the best way to handle it.