HomeNewsIndiana Woman Is Sentenced To 6 1/2 Years For Providing $30,000 In Assets To ISIS
News 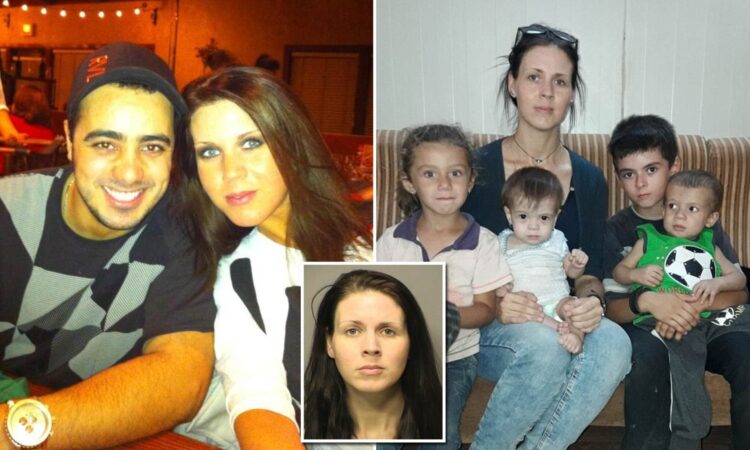 “Once again, the Justice Department has held accountable an individual who turned her back on her country to support a terrorist organization,” said Assistant Attorney General for National Security John C. Demers. “As Elhassani admitted, she made multiple trips to Hong Kong to smuggle tens of thousands in cash and gold, knowing that the funds would be used to support ISIS in Syria. We repatriated Elhassani from Syria because every nation is responsible for holding its citizens accountable and addressing the future threat they may pose. We will not stop.”

“Today’s sentencing of Ms. Elhassani should serve as a stark reminder that ISIS and other terrorist organizations have no limits when it comes to recruiting people to join their violent agenda,” said Jill Sanborn, Assistant Director of the FBI’s Counterterrorism Division. “But it also demonstrates our resolve to diligently go after anyone who makes the fateful choice to provide material support to any terrorist organization, especially those who not only betray their country but who would also put their own children in harm’s way during the process.”

“Samantha Elhassani was sentenced today for providing financial support to individuals who desired to support ISIS, a terrorist organization that has committed acts of violence against Americans,” said U.S. Attorney Thomas L. Kirsch II for the Northern District of Indiana. “She traveled with her husband and brother-in-law to Syria, both of whom became ISIS fighters, putting the lives of her children at risk. My Office and our law enforcement partners are committed to prosecuting those like Elhassani who provide support to terrorist organizations. ”

“Today’s sentence serves as a strong reminder that the FBI will never relent in ensuring those who abandon their country to support a violent terrorist organization, such as Ms. Elhassani did, will be held accountable and justice will be served,” said FBI Indianapolis Special Agent in Charge Paul Keenan. “Adding to her betrayal, Ms. Elhassani willfully chose to put her young children’s lives at risk through her selfish actions, exposing them to an atmosphere of violence and hatred. She knew exactly what she was doing and why. She was an active participant in this heinous activity and is now facing the consequences.”

According to documents in this case, in November 2014, Elhassani was informed by her husband that he and his brother wanted to travel to Syria to join ISIS, which she knew at the time was a terrorist organization that engaged in terrorist activities. Between November 2014 and April 1015, Elhassani helped the two men join ISIS by making multiple trips to Hong Kong and transporting more than $30,000 in cash and gold from the United States and depositing it in a safe deposit box in Hong Kong. Elhassani melted down the gold to look like jewelry and did not disclose the cash and gold on customs declaration forms. At the time Elhassani transported the money and gold, she knew that her husband and brother-in-law had expressed an interest in joining ISIS and that they intended to use these resources to support ISIS.

During her last trip to Hong Kong, in late March 2015, Elhassani procured tactical gear, including rifle scopes and image-stabilized binoculars. From there, Elhassani and her family, including her seven year old son and two year old daughter, departed for Istanbul, Turkey, and entered ISIS-controlled territory in Syria sometime in or around June 2015. In the months leading up to the move to Syria, Elhassani helped conceal the plans by lying to family, friends and federal agents about her travel.

In July of 2018, Elhassani and her children were transferred from the custody of the Syrian Democratic Forces (SDF) to U.S. law enforcement custody.

This case was investigated by the FBI’s Indianapolis Division and Joint Terrorism Task Force. This case was prosecuted by the Assistant United States Attorneys Abizer Zanzi, Jennifer Chang and Nathaniel Whalen and the National Security Divisions Counterterrorism Section.

The post Indiana Woman Is Sentenced To 6 1/2 Years For Providing $30,000 In Assets To ISIS appeared first on Breaking911.

share on Facebookshare on Twitter
Customs intercepts $9.3M in counterfeit designer merchandise
Election Trust Tracker: Republican Trust in Elections Plummets as 7 in 10 Say 2020 Election Was Not Free and Fair