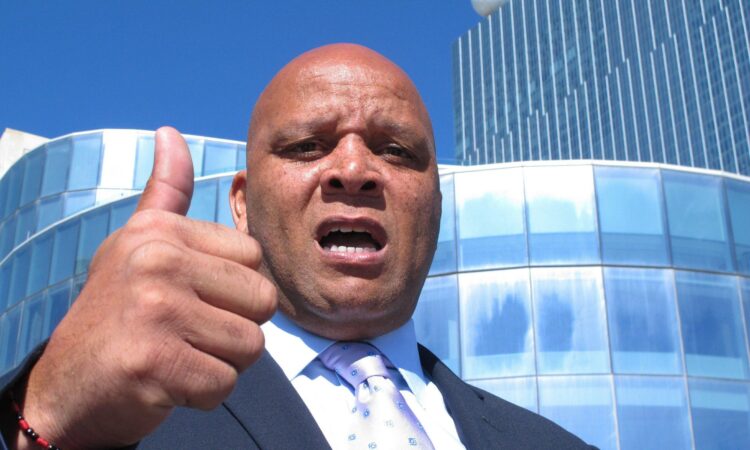 CAMDEN, N.J. – The former Democrat mayor of Atlantic City was sentenced today to 30 days in prison and 11 months of home confinement for defrauding contributors to a youth basketball team out of more than $86,000.

According to court documents, Gilliam was the co-founder of AC Starz Basketball Club (AC Starz), a non-profit that he incorporated to operate a youth basketball team. While serving as a member of the Atlantic City Council and later, as mayor of Atlantic City, Gilliam solicited donations for AC Starz from various individuals and entities under the false pretense that the contributions were for a youth basketball team and/or school supplies for underprivileged children. Gilliam instead used most of the money for personal expenses – including luxury clothing, expensive meals, and trips – that were completely unrelated to the operation of a youth basketball team. In total, Gilliam defrauded the contributors out of $86,790.

“I stand before this court as a fractured human being, one seeking to do better,” a sniffling Gilliam told the judge during a video appearance. “It’s something I wish never happened. But it did. The mistake I made is not something I’m proud of. I’m ashamed, I’m embarrassed. I’ve hurt people who love me, I’ve hurt people who depended on me.”

Gilliam had asked the judge to be sentenced to probation and community service.

“This defendant stole more money than many U.S. residents earn in a year,” the judge said. “The defendant also took money from the very underprivileged children in Atlantic City that he tried to encourage and prepare for a better life.”

Gilliam’s lawyer, Harry Rimm said, “Mr. Gilliam’s community of supporters, represented by more than 200 letters to the Court from family; friends, teachers and professors from grade school, junior high school, high school and college; coaches, basketball players and their parents; mentees; members of the local clergy and even victims impacted by Mr. Gilliam’s actions, have recognized his sincere contrition and asked the Court for leniency at his sentencing. I have been both a federal prosecutor and a defense lawyer, and, in my 25 years practicing law, I have never handled a matter in which so many appeals for leniency were submitted to the Court on behalf of an individual like Mr. Gilliam. Clearly, Mr. Gilliam’s community believes that his one mistake should not outweigh all the good that he has done — and continues to do even during the pandemic — for his community.”

The corruption in Atlantic City has long been scandalous — it even spawned the HBO series “Boardwalk Empire.”

In addition to the prison term, Judge Rodriguez sentenced Gilliam to three years of supervised release, ordered him to pay restitution to his victims in the amount of $86,790 and ordered him to perform 200 hours of community service.