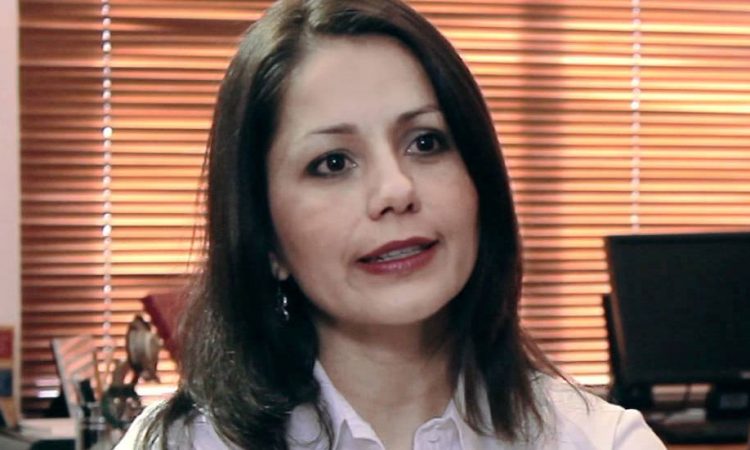 Claudia Morales shocked the country when she published a column in newspaper El Espectador in which she said that one of her former bosses raped her, but would not reveal his name out of fear for repercussions.

Within a week, all eyes were on former President Alvaro Uribe who failed to condemn the alleged sexual abuse of his former employee. Morales was accused of having instigated a “coarse political attack.”

In her column in El Espectador, Morales revealed she had been raped by her boss. The journalist said she and many other women refuse to reveal the name of the victimizer out of fear for the public backlash.

After seeing what happened to Marcela Gonzalez, the woman who has been abused and assaulted by a man who calls himself a journalist, the reactions generated by the fact that she withdrew her charge, the insults she suffered, also encouraged me to take a stand on the right to silence.

“The revelation of my story is a defense for silence,” said Morales.

In a radio interview, the journalist added that she also feared repercussions from her victimizer.

The noise over the silence

Morales is the third prominent female journalist who has claimed to be a sexual abuse victim since a global #MeToo campaign spurred hundreds of victims worldwide to speak out.

None of the women have wanted to reveal the name of their alleged victimizer out of fear for social repercussions and potential lawsuits.

While many online responses were expressions of support, Morales also received thousands of hostile responses.

Some implied Morales was seeking attention or sought to stain the good name of her former male employers.

Many began speculating about who allegedly raped the journalist.

Don’t you realize the perverse effect of reacting like this? Don’t you know that there are a lot of women in silence observing those responses and thinking that it would be better for them to remain silent and not tell their stories? Is this the society we want, where men with power (in every context) can do whatever they want with women because they know that they will not denounce and that, if they do denounce, they will be judged as liars, opportunists and so many other negative adjectives?

The situation escalated further on Tuesday and Wednesday.

This media buzz had been created by Ochoa, who spoke out in her column in El Tiempo about her own abuse in November last year.

In Tuesday’s column, Ochoa said that “we know” who raped Morales, “because of his history of telephone intercepts and wiretaps.”

Many interpreted this as a jab at Uribe. Some of the president’s former aides were imprisoned for ordering the wiretapping of, among others, journalists when he was president between 2002 and 2008.

However, Morales was the alleged victim of spying by the National Police in 2015.

Lara, who spoke out in October last year about the sexual harassment she suffered, aired politicians’ responses to Morales’ sexual abuse.

The former president made the situation even worse when refusing to respond to questions about the alleged sexual abuse of his former employee.

All other interviewed politicians condemned sexual abuse. Uribe ignored the questions of multiple journalists, apparently believing the question was about him.

“I have always been decent with women,” Uribe said later in a Tweet. According to the former president, he was victim of a “coarse political attack.”

As tensions grew, the Prosecutor General’s Office announced a criminal investigation into the alleged rape, but cannot count on the help of Morales.

“I will reserve the right to silence,” the journalist told weekly Semana.

Morales sought understanding for Colombian women who are afraid to speak out about abuse, but the responses only reaffirmed why many women remain quiet, she said.

“I reaffirmed the fear. Victims who have trusted me with their stories and their silence — after seeing what has happened — have less reasons to denounce,” Morales told weekly Semana.

Only days ago, the journalist had already said that she believed revealing the name of her victimizer would put her and her family in danger. By the end of Wednesday, the debate was about Uribe.