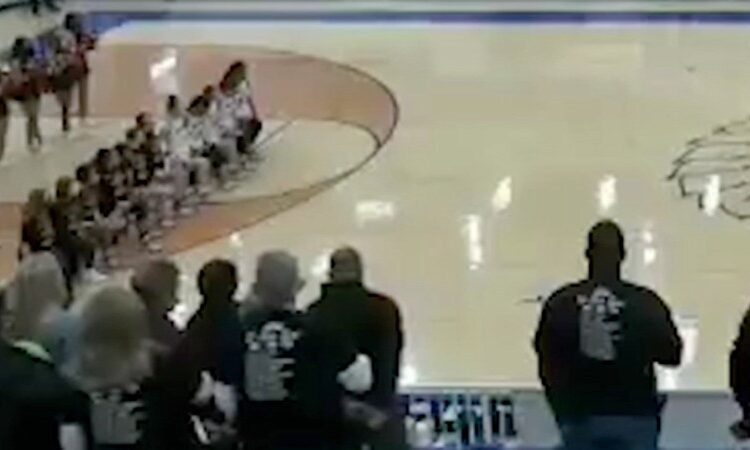 NORMAN, Oklahoma – At a high school girls’ basketball tournament near Tulsa, Oklahoma, an announcer was caught on a hot mic reacting to team members kneeled during the national anthem.

In a statement, Rowan later blamed the racist comments on his Type 1 diabetes.

“During the Norman High School girls basketball game against Midwest City, I made inappropriate and racist comments believing that the microphone was off; however, let me state immediately that is no excuse such comments should have never been uttered,” he said. “I have not only embarrassed and disappointed myself I have embarrassed and disappointed my family and my friends.”

“I will state that I suffer Type 1 Diabetes and during the game my sugar was spiking. While not excusing my remarks it is not unusual when my sugar spikes that I become disoriented and often say things that are not appropriate as well as hurtful,” said Rowan. “I do not believe that I would have made such horrible statements absent my sugar spiking.”

The announcer who made the racist statements is partially blaming it on low blood sugar. pic.twitter.com/6cTwIZdJZI

“We condemn and will not tolerate the disgusting words and attitudes of these announcers,” Norman Public School Superintendent Dr. Nick Migliorino wrote in a statement on Facebook.