GOP Rep. Demands AOC Apologize To Ted Cruz, Or Else! 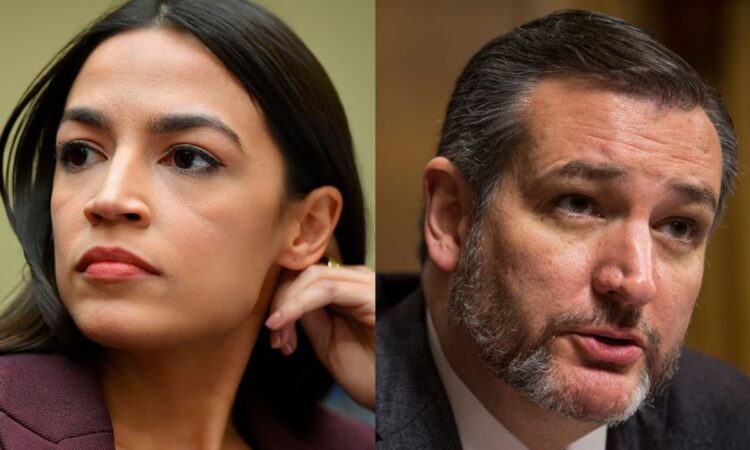 I am happy to work with Republicans on this issue where there’s common ground, but you almost had me murdered 3 weeks ago so you can sit this one out.

Happy to work w/ almost any other GOP that aren’t trying to get me killed.

In the meantime if you want to help, you can resign. https://t.co/4mVREbaqqm

“If Representative Ocasio-Cortez does not apologize immediately, we will be forced to find alternative means to condemn this regrettable statement,” Congressman Roy wrote to the Speaker.

Full text of the letter is available at the link here or below:

It has come to my attention that Representative Alexandria Ocasio-Cortez sent out a tweet a few hours ago in which she accused Senator Ted Cruz, in essence, of attempted murder. As a member of this body who disagreed with “objections” to the electors and who has expressed publicly my concerns about the events leading to January 6th, it is completely unacceptable behavior for a Member of Congress to make this kind of scurrilous charge against another member in the House or Senate for simply engaging in speech and debate regarding electors as they interpreted the Constitution. I ask you to call on her to immediately apologize and retract her comments.

If Representative Ocasio-Cortez does not apologize immediately, we will be forced to find alternative means to condemn this regrettable statement. It is my sincere hope that we all stop this heightened rhetoric and move forward to actually do the work the American people sent us here to do.

The post GOP Rep. Demands AOC Apologize To Ted Cruz, Or Else! appeared first on Breaking911.