HomeNewsGet Ready For The Next Game-Changer – The Gold-Backed Digital Yuan: Pepe Escobar
News

Get Ready For The Next Game-Changer – The Gold-Backed Digital Yuan: Pepe Escobar 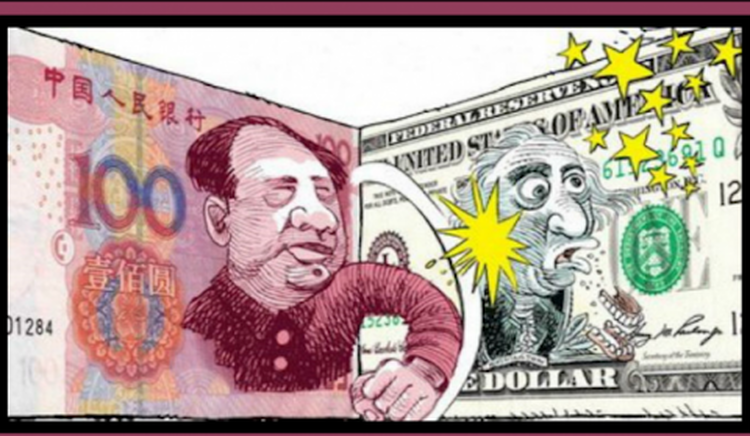 Last month, the People’s Bank of China (PBOC) confirmed that a group of top banks started trials in electronic payment in four different Chinese regions using the new digital yuan. Yet there’s no timetable yet for the official launch of what is called the Digital Currency Electronic Payment (DCEP).

The man with the plan is PBOC governor Yi Gang. He has confirmed that apart from the trials in Suzhou, Xiong’an, Chengdu and Shenzhen, the PBOC is also testing hypothetical scenarios for the 2022 Winter Olympics.

While DCEP, according to Yi, “has made very good progress,” he insists the PBOC will be “cautious in terms of risk control, especially to study anti money-laundering and ‘know your customer’ requirements to incorporate in the design and system of DCEP.”

DCEP should be interpreted as the road map for China leading to an eventual, even more groundbreaking replacement of the U.S. dollar as the world’s reserve currency. China is already ahead in the digital currency sweepstakes: the sooner DCEP is launched the better to convince the world, especially the Global South, to tag along.

The PBOC is developing the system with four top state-owned banks as well as payment behemoths Tencent and Ant Financial.

A mobile app developed by the Agricultural Bank of China (ABC) is already circulating on WeChat. This is in effect an interface linked to DCEP. Moreover, 19 restaurants and retail establishments including Starbucks, McDonald’s and Subway are part of the pilot testing.

So when we have China as the world’s largest economy by both PPP and exchange rate; still the strongest growing major economy, barring the first semester of 2020; productive, innovative, efficient and on track to reach a higher technological level with the Made in China 2025 program; and capable of winning the “people’s war” against Covid-19 in record time, all the necessary elements seem to be in place.

But then, there’s soft power. Beijing needs to have the Global South on its side. The United States government knows it very well; no wonder the current hysteria is all about demonizing China as “guilty” on all – unproved – counts of fostering and lying about Covid-19.

A key advantage of a sovereign digital yuan is that Beijing does not need to float a paper yuan – which by the way is being sidelined all across China itself, as virtually everyone is switching to electronic payment.

Of course there will be pushback. As in non-stop demonization of neo-Orwellian China for straying away from the whole purpose of bitcoin and cryptocurrencies – which is to have freedom from a centralized structure via decentralized ownership. There will be howls of horror at the PBOC potentially capable of seizing anyone’s digital funds or turning off a wallet if the owner displeases the CCP.

China is on it, but the U.S., UK, Russia and India are also on their way to launch their own crypto-currencies. For obvious reasons, the Bank of International Settlements (BIS), the Central Bank of Central Banks, is very much aware that the future is now. Their research with over 50 Central Banks is unmistakable: we are facing an “impeding arrival”. But who will take the Biggest Prize?

China is advancing fast on the whole digital spectrum. A Blockchain Service Network (BSN) was launched not only for domestic but also for global trade purposes. A large committee is supervising BSN, including executives from the PBOC, Baidu and Tencent, according to the Ministry of Industry and Information Technology (MIIT).

So what does this all mean?

Well connected banking sources in Hong Kong have told me Beijing is not interested for the yuan to replace the U.S. dollar – for all the interest across the Global South in bypassing it, especially now that the petrodollar is in a coma.

The official Beijing position is that the U.S. dollar should be replaced by an IMF-approved Special Drawing Rights (SDR) basket of currencies (dollar, euro, yuan, yen). That would eliminate the heavy burden of the yuan as the sole reserve currency.

But that may be just a diversionist tactic in an environment of all-out information war. A basket of currencies under the IMF still implies U.S. control – not exactly what China wants.

The meat of the matter is that a digital, sovereign yuan may be backed by gold. That’s not confirmed – yet. Gold could serve as a direct back up; to back bonds; or just lay there as collateral. What’s certain is that once Beijing announces a digital currency backed by gold, it will be like the U.S. dollar being struck by lightning.

Under this new framework, nations won’t need to export more to China than they import so they have enough yuan to trade. And Beijing won’t have to keep printing yuan electronically – and artificially, as in the case of the U.S. dollar – to meet trade demands.

This whole process has been years in the making, part of serious discussions started already in the late 2000s inside BRICS summit meetings, especially by Russia and China – the core strategic partnership inside the BRICS.

Considering multiple strategies to progressively bypass the U.S. dollar, starting with bilateral trade in their own currencies, Russia and China, for instance, set up a Russia-Chian RMB Cooperation Fund three years ago.

Beijing’s strategy is carefully calibrated, like playing go long-term. Apart from methodically stockpiling gold in massive quantities (just like Russia) for seven years now, Beijing has been campaigning for a wider use of SDR while making sure to not position the yuan as a strategic competitor.

But now the post-Planet Lockdown environment is shaping up as ideal for Beijing to make a move. Even before the onset of the Covid-19 crisis the predominant feeling among the leadership was that China is under a full spectrum attack by the United States government. Hybrid War already reaching fever pitch implies bilateral relations will only get worse, not better.