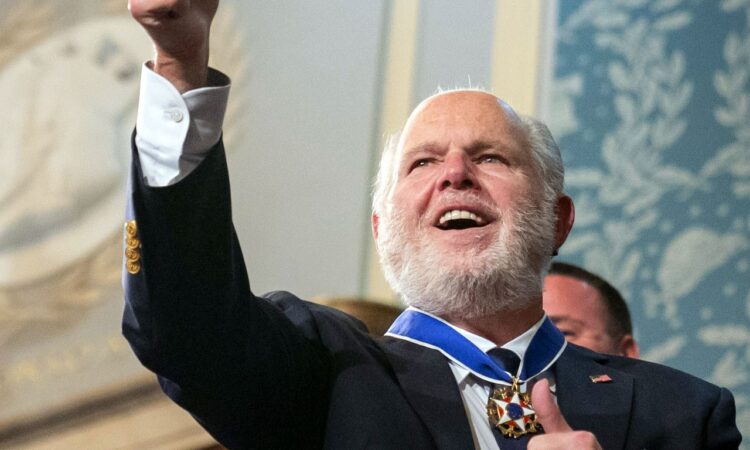 “The great Rush Limbaugh has passed away to a better place, free from physical pain and hostility. His honor, courage, strength, and loyalty will never be replaced. Rush was a patriot, a defender of Liberty, and someone who believed in all of the greatness our Country stands for. Rush was a friend to myself and millions of Americans — a guiding light with the ability to see the truth and paint vivid pictures over the airwaves. Melania and I express our deepest condolences to his wonderful wife, Kathryn, his family, and all of his dedicated fans. He will be missed greatly.”

Mark Levin remembered Limbaugh, saying, “he would want us all to carry on and fight for this great country.”