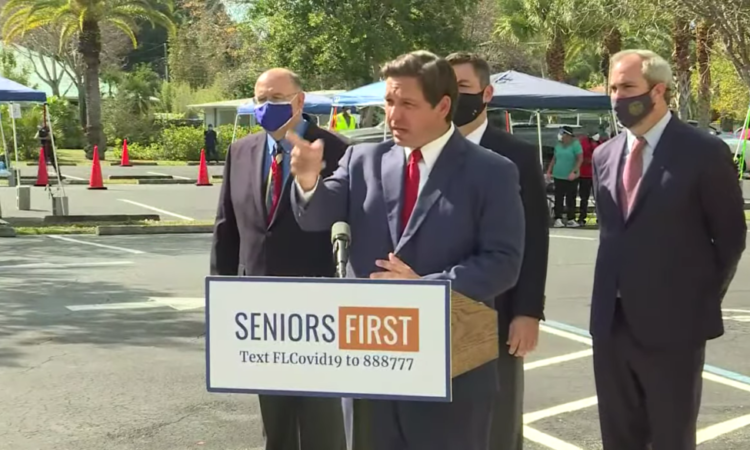 Tampa Bay Buccaneers fans were on top of the world after Tom Brady and company mopped the Kansas City Chiefs in Super Bowl LV in Tampa.

Fans flooded to the streets to celebrate, prompting backlash from democrat leaders and members of the media, who were seemingly outraged at the large crowds gathered during a pandemic.

On Wednesday, Florida Gov. Ron DeSantis was asked if he was worried that not enough was being done to stop the spread of Coronavirus during the celebrations.

“The media’s worried about that, obviously. You guys really love that,” DeSantis scoffed.

“..in terms of the UK variant, here’s what we know, we know, based on all the evidence, that these vaccines are going to be effective against that,” he said. “And that’s really the main concern, I mean we’re getting our seniors vaccinated. We’ve not seen any data, or any evidence to suggest that these vaccines are not effective and so if we get the seniors vaccinated.”

share on Facebookshare on Twitter
Impeachment Managers Show Graphic Video Of Capitol Riot Violence At Start Of Trial
COURT DOCS: Prominent Attorney Had Guns, Ammo, And Was On His Way To D.C. To Kill Government Officials