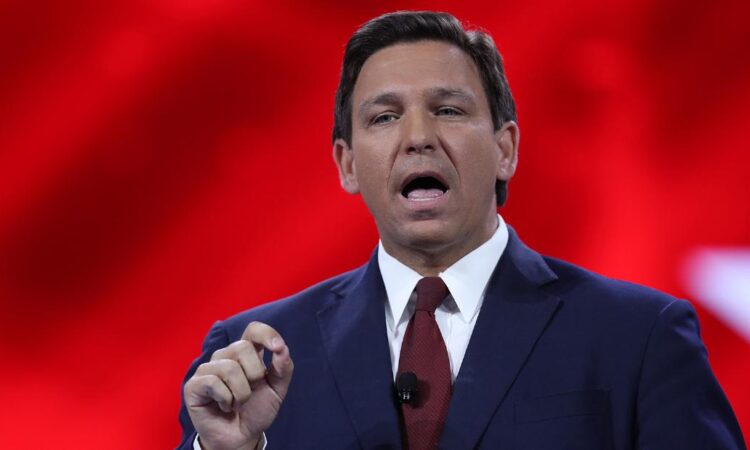 “This session, we took action to ensure that ‘We the People’ — real Floridians across the Sunshine State — are guaranteed protection against the Silicon Valley elites,” said Governor Ron DeSantis. “Many in our state have experienced censorship and other tyrannical behavior firsthand in Cuba and Venezuela. If Big Tech censors enforce rules inconsistently, to discriminate in favor of the dominant Silicon Valley ideology, they will now be held accountable.”

“What we’ve been seeing across the U.S. is an effort to silence, intimidate, and wipe out dissenting voices by the leftist media and big corporations. Today, by signing SB 7072 into law, Florida is taking back the virtual public square as a place where information and ideas can flow freely. Many of our constituents know the dangers of being silenced or have been silenced themselves under communist rule. Thankfully in Florida we have a Governor that fights against big tech oligarchs that contrive, manipulate, and censor if you voice views that run contrary to their radical leftist narrative,” Lieutenant Governor Jeanette Nuñez said.

“I’m pleased to see Florida setting the example by doing everything in our power to stop the abuses that are possible when big tech goes unchecked. People have a right to express opposing views. This good bill protects candidates for elected office, media outlets and others from unfair and arbitrary discrimination on social media platforms. Thank you, Governor DeSantis and Speaker Sprowls, for your leadership on this important issue,” said Senate President Wilton Simpson.

“Social media platforms have morphed into the town square,” said Speaker Chris Sprowls. “If our democracy is going to survive, we must stand up to these technological oligarchs and hold them accountable. This legislation protects the free speech of Floridians and demands transparency. No more secret algorithms, inconsistent standards, shadow banning, and de-platforming. In Florida, sunshine is the best disinfectant – and it’s time we bring these big tech monopolies out of the dark. I applaud Governor Ron DeSantis, President Simpson, and the Senate for taking action while our federal government idly sits by and congratulate Commerce Chairman Blaise Ingoglia for carrying this in the House.”

“Big Tech has a responsibility to be fair and transparent to all of its users, regardless of our political ideology. Requiring Big Tech to define the behaviors that will lead to someone being de-platformed is a significant victory for free speech and I am grateful for our Governor’s leadership on this issue,” said Senator Ray Rodrigues.

“Day in and day out, our freedom of speech as conservatives is under attack by the “big tech” oligarchs in Silicon Valley. But in Florida, we said this egregious example of biased silencing will not be tolerated. It was an honor carrying this historic piece of legislation for Governor DeSantis to ensure our voices are heard as we safeguard free speech,” said Representative Blaise Ingoglia.

The full text of Senate Bill 7072 is available here.