HomeNewsFallen trees and flooded roads after rains in Medellín
News

Fallen trees and flooded roads after rains in Medellín 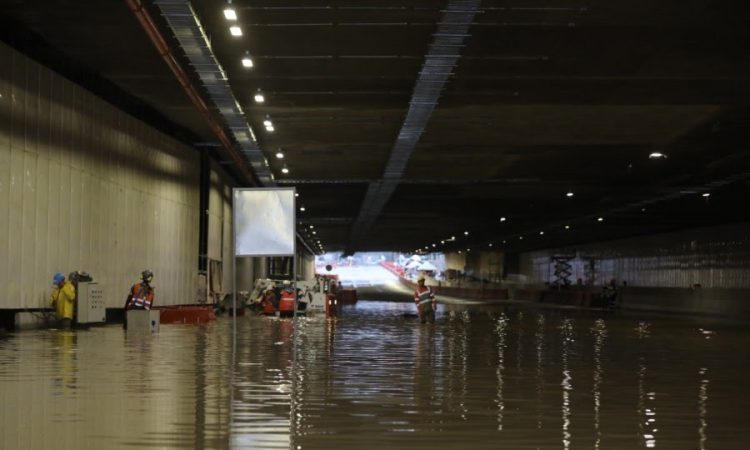 After a sunny morning, the gray clouds took the sky of the capital of Antioquia. The increase in the level of the Medellín River, the fall of some trees and the flooding in several areas gave an account of the intensity with which heavy rains hit the city, tuesday afternoon.

Ricardo Mora Díez, director of the Administrative Department of Disaster Risk Management (DAGRD) reported that more than 150 cases of incidents were entered through line 123. The most affected communities were 15 (Guayabal), 14 (Town) and the 12 (Laurels).

The Siata reported that heavy rains occurred throughout the Aburrá Valley and the Santa Elena and La Presidente streams are at an orange risk level. Red levels (possible flooding) are reported in El Poblado, due to an increase in the level of La Presidenta Gorge, at the height of the Linear Park and on Avenida 33, due to an increase in the Medellín river flow. There were floods in the depressed Bulerías and the Cattle Feria de Ganado, according to preliminary Dagrd reports.

In El Poblado, Zamora, El Rodeo and Guayabal, as well as in the municipality of Girardota, there were effects on the electric power service due to heavy rains. However, EPM Crews and the Operations Center worked to restore service.

The Dagrd reported three rescue operations of people trapped in elevators due to lack of electrical fluid. No injuries were reported as a consequence of these cases.

The Medellín Metro indicated, for its part, that the H (Oriente – Villa Sierra), J (San Javier – La Aurora), L (Arví) and M (Miraflores – Trece de Noviembre) metro lines were out of service due to climatics conditions.