Falcao: I’ve often pictured myself scoring at a World Cup 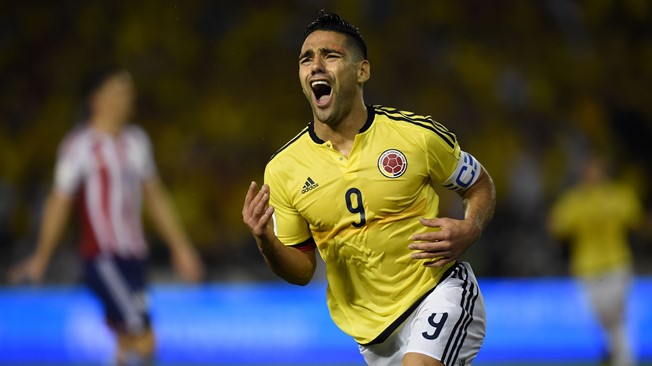 While last December’s Final Draw for the 2018 FIFA World Cup Russia™ was an exciting time for everyone involved, few players can have been as emotional watching it as Radamel Falcao, whose Colombia side were drawn in Group H alongside Poland, Senegal and Japan.

The Colombian’s keen anticipation is understandable, given that a serious knee injury ruled him out of the 2014 tournament in Brazil. Now four years on, opportunity knocks again for the 31-year-old striker in the shape of Russia 2018. “It would be wonderful to take part. I’ve battled and worked for this for so long…” he told FIFA.com while his side were still trying to qualify.

For the player known as El Tigre (The Tiger), 19 June 2018 is already marked in the diary, that being the day Colombia kick off their Russia 2018 adventure against Japan. That could well be the day the front man finally realises a long-cherished dream. “I’ve often pictured myself scoring at the World Cup. I couldn’t tell you how many times but it’s a lot,” he tells us with a laugh.

As he impatiently counts down the days until then, Falcao agreed to share some of his own World Cup memories from past tournaments.

His earliest memory
Without a moment’s hesitation, the striker says: “Freddy Rincon’s goal against Germany at Italy 1990. I must have been… four years old.” Falcao laughs at the memory and explains how it stuck with him from such an early age.

“Everyone in Colombia celebrated it so I have a fleeting memory of it. In fact, I think I recall more clearly all the subsequent times I saw that goal than the actual moment it was scored. The next World Cup wasn’t until 94, so we grew up seeing that goal over and over again. We practically lived on it for those four years!”

For Falcao and all of Colombia, Rincon’s strike again the Mannschaft in 1990’ was the goal. As El Pibe Carlos Valderrama explains in the video below, it was so important because it not only allowed Los Cafeteros to draw 1-1 with the eventual world champions, but it also enabled them to progress beyond the group phase for the first time in their history.

Childhood idols
That group of players who gave so much joy to Colombians during the 90s left a lasting impression on the young Falcao. “As a kid, I admired both El Pibe Valderrama and Faustino Asprilla,” he tells us.

If not Colombia, then South America
Inspired by that great generation of players, Colombia graced the World Cups of 1990, 1994 and 1998, only to then go 16 years without competing with the world’s best. So who was El Tigre cheering for at those finals?

“Whenever Colombia failed to qualify, I’d support Argentina and Brazil. They were the teams I followed. It was the Argentina of Gabriel Batistuta, and [Ariel] Burrito Ortega. There was also the Brazil team of 98, with Ronaldo. By then I was starting to notice players and Ronaldo was the one I followed closest.”