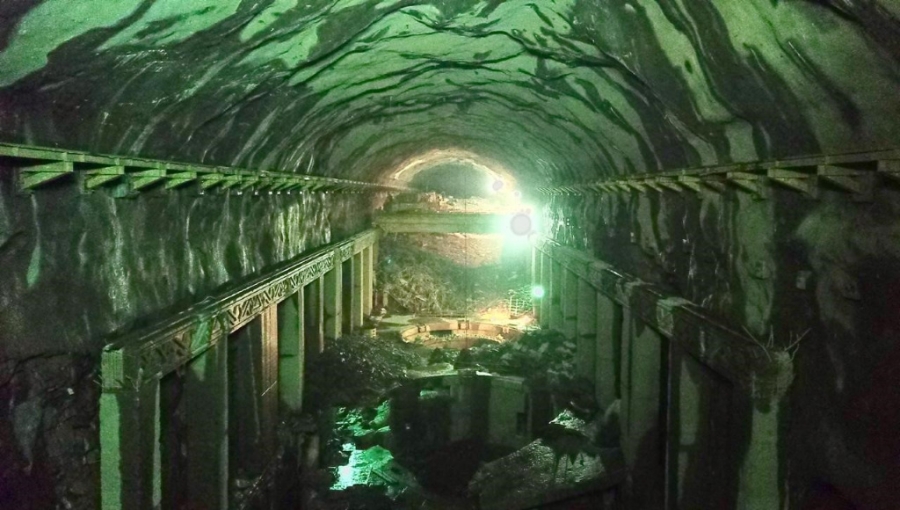 Medellin-based multinational electric power giant EPM revealed April 12 in a filing with Colombia’s Superfinanciera corporate oversight agency that it now estimates a COP$3.5 trillion/US$1.12 billion cost-overrun resulting from the collapse of a diversion tunnel at its “Hidroituango” hydroelectric plant in Antioquia.

“The estimated figure to date, which amounts to COP$3.5 trillion (direct cost), could vary depending on the circumstances of the recovery work,” according to EPM. While EPM has insurance for losses at the project, it’s still uncertain how much of the losses will be covered.

Once EPM closed the water-intake tunnels to the damaged machine room in February 2019, inspectors were pleased to find that various parts of the machine room were unscathed, including the transformer cavern.

However, certain parts of the structures surrounding generating-sections “one” and “two” — as well as adjacent areas intended for auxiliary services — suffered “significant” damage when EPM was forced to divert Cauca River water through the machine room when the diversion tunnel collapsed last year, the filing reveals.

“With regard to equipment that was already assembled or in the process of assembly, it has been assessed that there is serious damage to the two 500-ton bridge cranes of the powerhouse, the 25-ton provisional bridge-crane owned by the contractor and the equipment of generation units ‘one’ and ‘two,’” according to EPM.

“The services of air conditioning, fire system, electrical auxiliaries, lighting and others have general damage,” while the “pressure wells of pipelines ‘one’ and ‘two’ suffered significant effects, because a cavity was formed of approximately 70,000 cubic meters, which joined these two pressure wells.” EPM will have to haul-in hundreds of tons of backfill to seal that cavity.

Also, certain underground works associated with the plant haven’t yet been inspected, since remaining river water in lower parts of the machine room had yet to be evacuated as of April 12.

Meanwhile, in a separate April 11 presentation to business leaders in Barranquilla, EPM general manager Jorge Londoño de la Cuesta reported that EPM has spent more than COP$640 billion (US$205 million) in social and environmental recovery projects to help people, flora and fauna affected by temporary flooding and temporary water-flow reductions downstream of Hidroituango, including the return of “100% of families in Puerto Valdivia who have their homes outside the [earlier] flood area.”

Upon shutting the water-entry gates inside the dam last February – with the Cauca River now flowing over the engineered spillway instead — “EPM focused on mitigating the effects on and alongside the Cauca River, with good results in terms of fish rescue, protection of the La Mojana marshes and the continuity of riparian economic activities,” according to Londoño de la Cuesta.

Besides reconstruction of the machine room, EPM also is moving to plug older diversion tunnels, as well as opening a new, intermediate discharge tunnel, along with completing works to raise the dam height to its final 435 meters above sea level.

Relatively high water flows on the Cauca River — sometimes exceeding 2,000 cubic meters per second as is typical during rainy-season months (including this April) – are now safely evacuated over the engineered spillway, he noted.

According to the Attorney General, an aquatic plant known as “buchon” recently has aggressively proliferated in the area of Sabanalarga, Antioquia — probably affecting fisheries and even navigation in some Cauca River areas, he said.

While EPM recently contracted a machine to remove the plant, a bigger machine is required to keep-up with plant growth, according to the Attorney General.

Meanwhile, a former EPM asphalt plant on the road from Toledo to Puerto Valdivia, Antioquia, requires environmental cleanup of old plant residues, he said. Similarly, dam-excavation rocks and mud earlier dumped at El Higuerón between Puerto Valdivia and the hydroelectric plant need a new containment wall to prevent a possible landslide, he warned.

In response to those complaints, EPM stated that will “intensify measures established in the environmental management plan of the Hidroituango hydroelectric project” in order to resolve any outstanding issues.