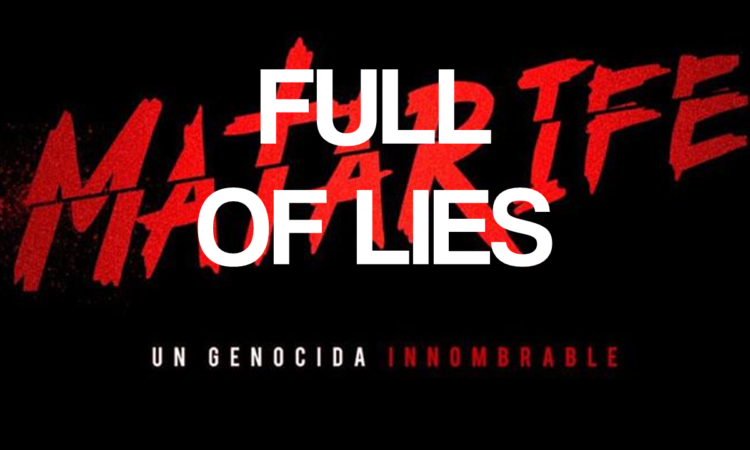 The serial that promised a lot and that at its launch was a national trend in the networks, in its second chapter leaves much to be desired. Lies, absence of journalistic rigor and opacity in its financing, not to mention the adjectives used against former President Uribe that are hidden in the rigged and distorted interpretation of a guardianship ruling that judges the procedure, not the substance. But it was viral, and apparently that is the only thing that matters in these times.

Daniel Mendoza reveals several factual errors that are easily verifiable and that, from the outset, question whether it is based on a serious investigation and with judicial support, 48 chapters are missing that will surely be protagonists for the same reason: lies, generalizations and affirmations. left in the air that end up being dangerous and generate more doubts than certainties.

In the first place, it is absolutely objectionable that Mendoza justifies the violence that has plagued our country for more than 50 years. I refer to the El Nogal club that suffered attacks by the FARC guerrillas in 2003 because it was considered the paramilitary meeting center, where money was collected and even massacres were planned, 17 years later Mendoza claims this unjustifiable attack and the worst , without providing more evidence than the gossip from the Turkish bath and contradicting the testimony of Salvatore Mancuso before the JEP-where he asks to be tried and in which if he lies he would be expelled- “I was never there”

Second, it talks about AgroIngreso Seguro and intermingles truths with misleading stories. Mendoza relates that “those of AgroIngreso Seguro were in El Nogalito”, while showing Andrés Felipe Arias, who has never been there. And of this the slaughterhouse serial is full, Mendoza knows very well that mixing truths with half truths or lies works, because the public will know how to recognize the former and believe that the latter are also true, thus ending in the laundering of the lie.

Also with the theme of parapolitics Luis Humberto Gómez Gallo — former senator who was acquitted when there were no forceful elements that involved him with the ‘Bloque Tolima de las Autodefensas’ — as a paramilitary and subordinate to Uribe, a fact criticized by Julian Martínez himself. More laundering of lies.

In just two Chapters this series, the slaughterhouse has not only managed to become a trend and reveal Mendoza as a pseudo-journalist, but his greatest contribution has been to encourage uribistas and many others who are not to protest against this form of persecution.

Tags :Álvaro Uribe Vélez
share on Facebookshare on Twitter
Anonymous Sends A Message To The Minneapolis Police Department After Hacking Their Website! “We Will Be Exposing Your Many Crimes To The World”
Bad Math, Pepsi Points, and the Greatest Plane Non-Crash Ever