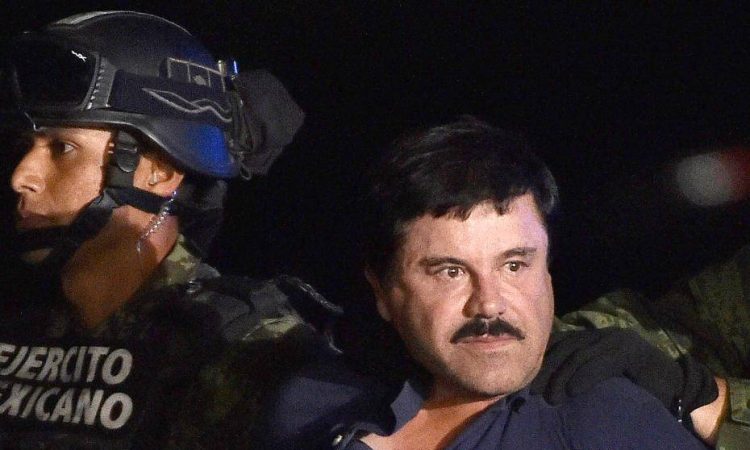 Mexican drug kingpin Joaquín “El Chapo” Guzman has promised not to kill any of the jurors presiding over his federal trial in New York, his defence lawyer has said.

The drug kingpin, who was extradited to the United States from Mexico last year, faces federal charges for his alleged role running a drug empire responsible for deaths and trafficking. Mr Guzman has pleaded not guilty to the charges.

Prosecutors in the case have requested that Brooklyn Federal Court Justice Brian Cogan — who is overseeing the case — impanel an anonymous jury with armed guards as protection, and to house those individuals in a secure location, in order to keep them safe. The trial is expected to last for months later this year.

In requesting the special protections, the prosecution had cited Mr Guzman’s alleged history of violence, and said that he is believed to have tried killing witnesses in the past.

The defence argued that special protections would only deny Mr Guzman the presumption of innocence that the US Constitution promises.

Giving jurors special protections “sends the message that he or she needs to be protected from Mr Guzman. From there, members of the jury could infer that Mr Guzman is both dangerous and guilty,” Eduardo Balarez, Mr Guzman’s defence attorney, wrote in a court filing on the matter.

Mr Balarez continued to argue that the government’s argument of a threat is based on “untested and suspect statements from cooperators seeking to reduce their own sentences.” He also suggested that the juror names could be withheld from Mr Guzman, and that the media could be barred from reporting on their identities.

The judge is still considering the best course of action going forward.

Mr Guzman has been accused of a laundry list of crimes, including international cocaine trafficking.

The indictment filed against Mr Guzman this month say that Mr Guzman “directed  a large scale narcotics transportation network involving the use of land, air, and sea transportation assets, shipping multi-ton quantities of cocaine from South America, through Central America and Mexico, and finally to the United States.

The profits from that drug smuggling operation were then “laundered back to Mexico”, the indictment claims.

Mr Guzman, prosecutors say, hired hit men “who carried out hundreds of acts of violence, including murders, assaults, kidnappings, and acts of torture”.

The Mexican government has approved of the charges being filed against Mr Guzman.

The drug kingpin, aside from the notorious crimes allegedly carried out by him and in his name, is well known for his previous ability to elude capture and, then, for his escape from prison through a tunnel that was built into his bathroom in Mexico.

American authorities are confident that Mr Guzman won’t be able to escape their prisons, though.

“He’s about to face American justice. … And I assure you, no tunnel will be built leading to his bathroom,” Angel Melendez, the special agent in charge of Immigrations and Customs Enforcement investigations in New York city, told NPR when legal proceedings first began this month.

share on Facebookshare on Twitter
Fake news: How going viral feeds the murky monster of truth
How a journalist and an ex-president reminded Colombia why rape victims suffer in silence