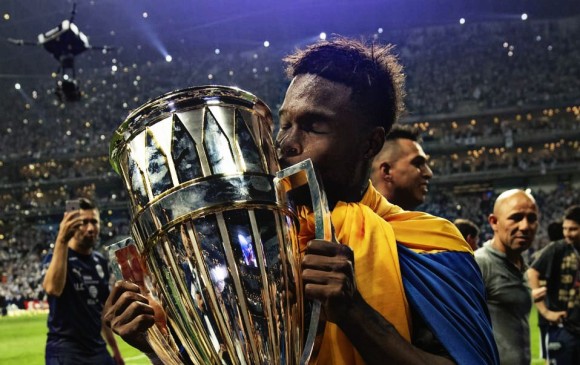 With the 1-1 draw against Tigres, the Rayados de Monterrey won the CONCACAF Champions League title, with the brilliance of Colombians Stefan Medina, Aviles Hurtado and Dorlan Pabon, who celebrated the crown.

In the aggregate the Rayados won 2-1 and that’s why they made the Olympic round, at home. This is the second title for Dorlan and Aviles who had been champions of the Mexico Cup won in the Apertura of 2017; while for Stefan it is the fourth out of the country and the second of the Concacaf Champions, since with Pachuca he had reached it in 2017.

This title allows the Rayados to play the 2019 Club World Cup. After the celebration the players of Monterrey will have to concentrate in the local league, in which they occupy the third square, since this weekend they will be measured to the Atlas.

share on Facebookshare on Twitter
SoftBank makes a huge bet on Latin America
Two Colombians, among the favorites to the “throne” of the Giro