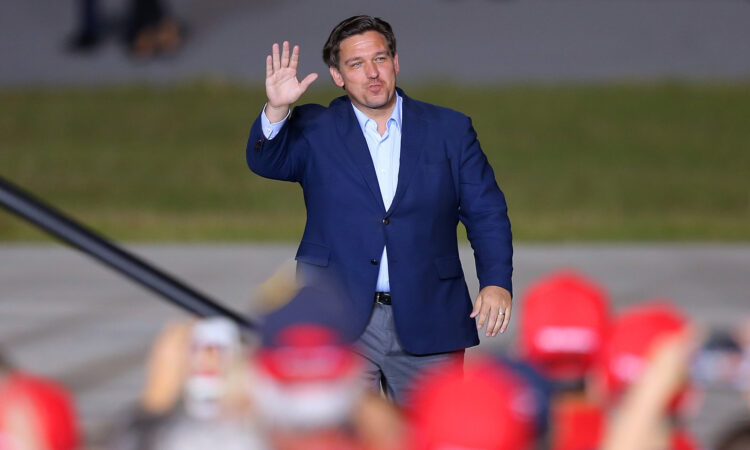 Governor Ron DeSantis, the increasingly popular Republican Governor of Florida, addressed a crowd today in a speech directly disavowing the Biden Administration and their efforts to halt domestic travel within the United States. “We will oppose it 100%!” urged DeSantis, “It would purely be a political attack against the people of Florida.”

An excerpt of the speech that DeSantis would later upload to Twitter can be found below:

The recent report that the Biden administration is considering restricting the travel of Floridians is completely absurd, especially when Biden allows illegal aliens to pour across our southern border. We won’t allow Floridians to be unfairly targeted for political purposes. pic.twitter.com/h47AVuof50

Clearly, Governor DeSantis is referring to this new possible restriction as an attack on Floridians due to Florida’s large and ever-growing tourist industry. Many folks from across the United States and the world visit the state every year for its exciting amusement parks, warm temperatures, and beautiful beaches. However, over the past several months, many Americans have been traveling to Florida due to the state having very few, if any, coronavirus lockdown restrictions.

DeSantis has become somewhat of a folk hero to Trump Republicans, and many see him as a possible successor to the former President. Just last week, DeSantis proposed laws to take on Big Tech companies and punish them for interfering in Florida elections. Considering that DeSantis referred to Biden’s proposed travel restrictions as unconstitutional, it would not come of any surprise at this point if the governor were to fight a legal battle against the Biden Administration or possibly pass further state laws to support the tourist industry in Florida.

While we do not know exactly what methods he may use, Ron DeSantis has proven himself to be a fighter for his beliefs and for the state of Florida. He understands the importance of travel and openness for the economy of the state if he wishes to prevent a collapse as seen in states like New York or Michigan. One thing remains clear to Floridians and all of America, if the Biden Administration attempts to shut down domestic travel, Ron DeSantis is going to fight tooth and nail against it.