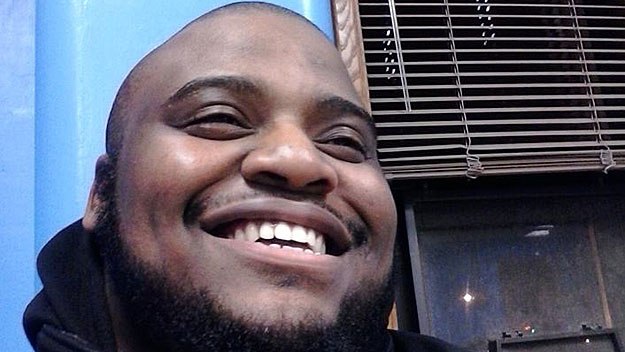 BOSTON – An Everett man was re-sentenced yesterday to 30 years in prison for conspiring to murder U.S. citizens, including police officers, on behalf of the Islamic State of Iraq and Syria (ISIS).

“Mr. Wright is a homegrown terrorist who plotted to kill innocent Americans on behalf of ISIS, including specifically targeting police officers,” said United States Attorney Andrew E. Lelling. “He radicalized himself and others, pledged allegiance to a terrorist organization, and conspired with his now-deceased uncle to kill police officers with a combat knife. This case is a reminder of the persistent terrorism threat to our citizens and law enforcement officers.”

“ISIS soldier David Wright betrayed his country and forfeited his freedom when he conspired with others to attack and murder innocent civilians and police officers in support of a sworn, barbaric enemy of the United States. This sentence ensures they remain worlds apart,” said Joseph R. Bonavolonta, Special Agent in Charge of the FBI Boston Division. “Identifying and disrupting terrorist plots, both foreign and domestic, is the FBI’s top priority, and the round-the-clock teamwork of our partners within our Massachusetts Joint Terrorism Task Force saved innocent lives, and kept Wright’s endgame of martyrdom out of reach.”

Beginning in at least February 2015, Wright began discussing ISIS’ call to kill non-believers in the United States with his uncle, Usaamah Abdullah Rahim, and co-defendant Nicholas Alexander Rovinski. Specifically, Wright created a “martyrdom” operation cell in Massachusetts. In April 2015, Wright created a Twitter page for the “Lions of America” and published a document entitled, Internal Conquest, on the internet in which Wright called on Muslims living in the United States to kill their fellow citizens.

Wright also plotted with Rahim and Rovinski to behead U.S. citizens at the direction of ISIS, and identified a New York woman, (conservative blogger) Pam Geller, as the first beheading target. Rahim purchased three knives for this plot. In addition, Wright’s ISIS cell was in direct communication with ISIS recruiter and attack facilitator, Junaid Hussain, who provided Rahim with an encrypted document containing details about the intended victim. In August 2015, Hussain was killed in an airstrike in Raqqah, Syria.

In preparation for their attack, Wright conducted extensive research on weapons, knives, machetes, bombing making components and methods to subdue their victims. Wright also conducted research on “what tranquilizer put humans to sleep instantly” and “how to start a secret militia in the United States.”

On June 2, 2015, Wright caused a terrorist attack in Massachusetts and caused his uncle, Rahim, to be killed. Rahim was shot and killed after he attacked law enforcement officers with a large fighting knife in a Roslindale, Mass., parking lot. Two hours before Rahim attacked the police, Wright directed and encouraged Rahim to pursue martyrdom by attacking the “boys in blue.” Within minutes of learning of his uncle’s death from a family member, Wright deleted data from his laptop computer by restoring it to factory settings and deleted call logs on his cellphone that showed that he had spoken to Rahim that morning. Wright also instructed Rahim to destroy his electronic devices before attacking the police officers.

In a victim-impact statement filed with the court, Geller writes: “If Daoud Wright ever walks free, no matter how old he may be at that time, I will not be safe, and those whom I love will not be safe.”

Geller adds: “It is impossible to overstate the devastation that Daoud Wright has brought to my life and that of members of my family. Not only did he target me for a brutal, cruel and violent death, but he targeted also some of my close relatives, and this will never be over.”

The post Convicted ISIS Terrorist Out To Behead Pamela Geller, ‘Kill Boys In Blue’ Is Resentenced appeared first on Breaking911.

share on Facebookshare on Twitter
SHOWDOWN: Trump Faces Biden In First Presidential Debate
Teacher Claims She Was Forced To Resign For Not Taking Down ‘Black Lives Matter’ Flag