Controlled fire in warehouse next to the Liquor Factory of Antioquia 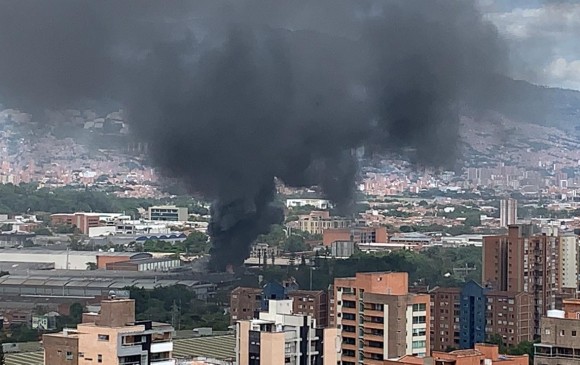 The fire department of Itagüi with the support of Medellín and Sabaneta machines, got complete control of a fire in a warehouse of a company that produces helmets and protective elements, next to the Liquor Factory of Antioquia.

The emergency began around 11:30 a.m. and it lasted another hour. Although no more information is known about what the conflagration could produce, it is speculated about an electric short. The affected area kept polymer and recycling elements that could fan the flames. Although two people are affected by the smoke of the fire, the authorities do not report serious injuries. The company’s facilities were evacuated and while controlling the situation, firefighters faced a fence so that the flames did not move to nearby the property of the FLA and other companies. At this time a damage count is made and progress is made in the investigation to determine what happened.

Aníbal Gaviria’s official Twitter account referred to the fire, announcing that the governor is in constant communication with the FLA manager and rescue agencies monitoring the emergency.

Tags :fireLiquor Factory of AntioquiaMedellín
share on Facebookshare on Twitter
The complot against Santiago Uribe came to the end
The new ID card design raises critics in social networks