HomeNewsColombian pride! Caterine Ibargüen is the best athlete in the world
News

Colombian pride! Caterine Ibargüen is the best athlete in the world 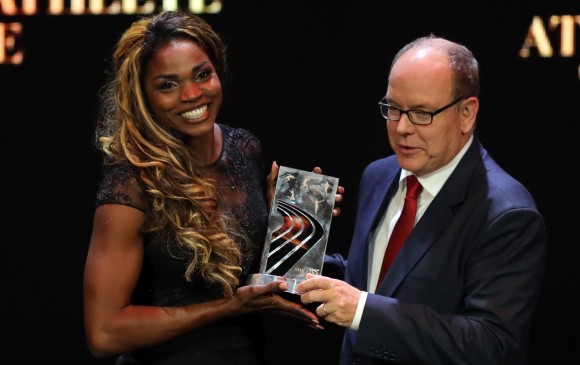 Colombian joy! Antioquia athlete Caterine Ibargüen received the award for best athlete of the year on Tuesday from the International Association of Athletics Federations (IAAF), at the annual gala organized by the entity in the Principality of Monaco.

The Colombian competed in the category with the Belgian Nafissatou Thiam, the British Dina Asher-Smith, the Kenyan Beatrice Chepkoech and the Bahamian sprinter Shaunae Miller-Uibo.

The athlete who chose for the fifth time this recognition (2013, 2014, 2015 and 2016), won this year in the Diamond League in the triple and long jump, titles that, in addition to the votes of the fans, made her a creditor of this award.

“I can not with my legs, they are shaking me right now, I am completely happy to be here”, were the first words of the multiple world champion in the triple jump after receiving the award.

This year Ibargüen also won the Central American and Caribbean Games and the Continental Cup.

The Antioquia becomes the second Latin American athlete to receive the award, 29 years after the success of the Cuban Ana Fidelia Quirot.

“I dedicate this award to God, to my professor Ubaldo Duany, who without him would not have been possible, to my Global work group, to Colombia as a whole, to my family. I am supremely happy and I can not speak, “said an excited Caterine after receiving her trophy.

“Colombia is a country that vibrates with the good it does. They feel reflected in that I am a good face that shows the great country that we have. The support of Colombia, not only here, but throughout my career, is very great, “he added.