HomeNewsColombia, chosen as one of the 10 tourist destinations of the future
News

Colombia, chosen as one of the 10 tourist destinations of the future 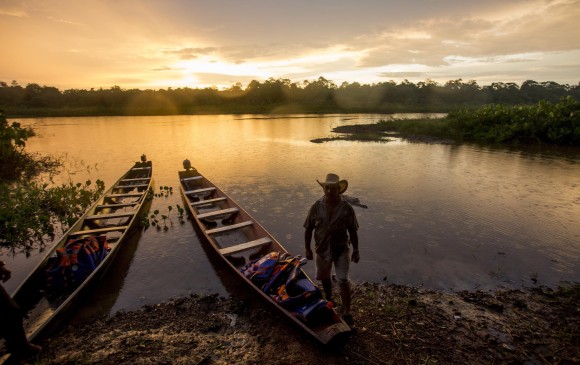 A new hit was scored Colombia as been included in the list of the 10 tourist sites of the future 2019-2020, published in the magazine fDi Intelligence, of the Financial Times newspaper, specialized in foreign investment issues.

This was unveiled by the ViceMinister of Tourism, Julián Guerrero Orozco, noting that is another great achievement of the sector, which is, in addition, to the historical item reached by Colombian tourism in 2019. According to the official, it is a new recognition of the articulated work that translates into quality services and care. No doubt, he said, this has had an impact on the confidence of international travellers.

“In 2019 we had record figures in the number of non-resident visitors, in hotel and travel agency revenues, in air connectivity, to which is the best position we achieved in the travel and Tourism Competitiveness Index of the World Economic Forum. Therefore, this recognition tells us that we are on the right path in the tourism sector,” said Guerrero Orozco.

Colombia was included in this important arena and excelled in categories such as “Business Tourism”, “Economic Impact”, “Development of Hotels and Investment”, “Incentives for Investors” and for the “Rapid Growth of its Tourism Sector”.

Guerrero highlighted Colombia in the segment of business tourism, especially the department of Valle del Cauca, thanks to its infrastructure, cultural offer, excellent connectivity (both air and land) and for its optimal facilities for the realization of Events. “This shows that Colombia continues to consolidate its positive image abroad,” said.

Similarly, in the categories of “Economic Impact” and “Fast Growth”, the report notes that the country has not only increased the foreign exchange income by the tourism sector by 35.7%, from $4.7 billion in 2013 to $6.6 billion in 2018 , but tourism has also positioned itself as the second generator of foreign investment.

This confirm that “tourism is called to be Colombia’s ‘new oil’ as President Duque has said and has become one of the largest dynamizers in the country’s economy,” the official said.

“This positioning of Colombia, by the Financial Times, proves once again that the country has great potential as a world-class tourist destination. From the Ministry of Trade, Industry and Tourism we will continue to work to keep the record figures obtained in 2019 growing,” the ViceMinister said.

Tags :Colombiatourism
share on Facebookshare on Twitter
Venecia, pilot municipality to boost Antioquia tourism
Antioquia Government: there is no cases of coronavirus in Antioquia