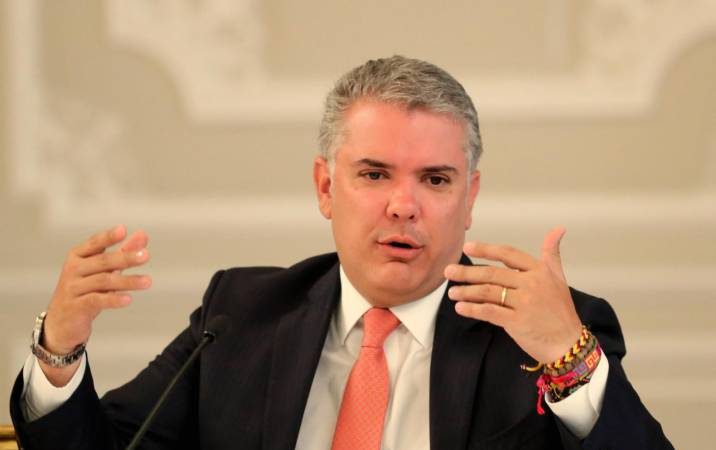 The eradication of Colombia’s plantations of coca, the raw material for cocaine, is the best way to protect peace efforts and fight the drug trafficking that fuels violence in the South American nation, President Ivan Duque said on Wednesday.

Colombia, long a leading source of the world’s cocaine, announced last week it eradicated a record amount of coca last year after coming under pressure from the United States following a jump in crop figures.

“The great security challenge is derived from drug trafficking,” Duque told Reuters ahead of a meeting of the United Nations Peacebuilding Commission. “Drug trafficking is the fuel of criminality and the fuel of terrorism.”

Duque said narcotics smuggling in Colombia provided revenues not only to criminal groups like the Clan del Golfo – the country’s largest crime gang – but also to the Marxist-led National Liberation Army (ELN) and dissident members of the leftist Revolutionary Armed Forces of Colombia (FARC), who have rejected a 2016 peace deal.

Colombia ripped up more than 100,000 hectares (247,000 acres) of coca plantations last year. Such efforts are “a way of taking space away from these criminal groups,” said Duque, who took office 17 months ago with a pledge to crack down on rising cultivation.

“We need to confront this exponential growth and we have,” said the 43-year-old president.

U.S. President Donald Trump’s administration has praised stepped-up eradication efforts under Duque, who supports restarting the aerial fumigation of coca – which is more efficient and safer for troops than manual eradication as coca fields are often guarded or booby trapped by armed groups.

Aerial spraying of the herbicide glyphosate was banned by the Constitutional Court in 2015 over cancer concerns but Duque has said a restart under safety conditions set by magistrates could be possible this year.

Also key to fighting remaining rebels and crime gangs are security efforts in rural areas and investments in education, healthcare and other social programs, Duque said.

“Our goal is to keep deepening our security agenda in rural areas,” Duque said. “Our responsibility is first to dissuade and at the same time break up, confront and make an example of these criminal structures via sentencing.”

An expert mediator told Reuters this week that the ELN and FARC dissidents – whose ranks include several well-known commanders who abandoned the peace accord – may increase bombings in urban areas amid rising security tensions.

The 2016 accord formally ended the FARC’s part in more than five decades of conflict that killed more than 260,000 people.

FARC dissidents want to destabilize rural areas and spread anxiety among civilians, Duque said. The dissidents allege Duque’s government failed to comply with the terms of the deal, which was negotiated by his predecessor.

The Colombian police said over the weekend they had thwarted an assassination attempt by dissidents against former rebel commander Rodrigo Londoño.

Though dissidents are attempting to hurt implementation of the deal, most ex-combatants remain committed to the peace process, Duque said.

Tags :ColombiaIván Duqueviolence
share on Facebookshare on Twitter
Eclipse Design: elegance and exclusivity
The debt of the Government of Antioquia reaches $ 1.59 billion