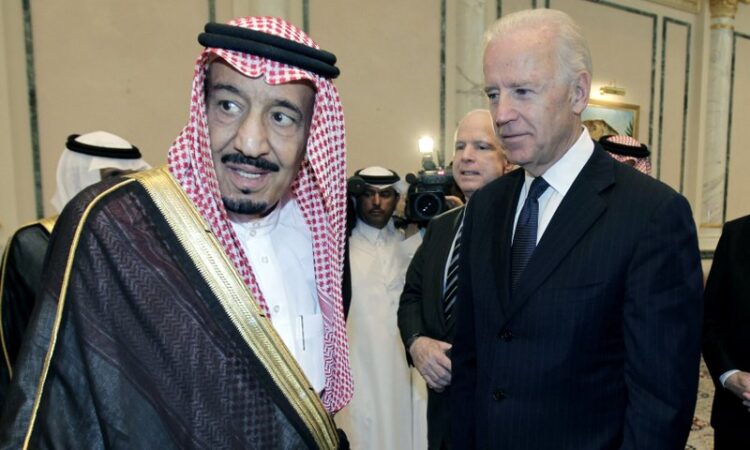 According to the readout, the world leaders discussed efforts to end the war in Yemen among other topics — but there was no mention of the Khashoggi report.

The Biden administration is expected to release the US intelligence report regarding the murder of journalist Jamal Khashoggi.

“President Joseph R. Biden, Jr. spoke today with King Salman bin Abdulaziz al-Saud of Saudi Arabia to address the longstanding partnership between the United States and Saudi Arabia,” the White House readout says. “Together they discussed regional security, including the renewed diplomatic efforts led by the United Nations and the United States to end the war in Yemen, and the U.S. commitment to help Saudi Arabia defend its territory as it faces attacks from Iranian-aligned groups. The President noted positively the recent release of several Saudi-American activists and Ms. Loujain al-Hathloul from custody, and affirmed the importance the United States places on universal human rights and the rule of law. The President told King Salman he would work to make the bilateral relationship as strong and transparent as possible. The two leaders affirmed the historic nature of the relationship and agreed to work together on mutual issues of concern and interest.”

Often times, readouts of the Presidents phone calls do not include a full summary of the actual conversation.