HomeNewsBREAKING: Officer Who Killed Ashli Babbitt at Capitol Riot Will Not Be Charged
News

BREAKING: Officer Who Killed Ashli Babbitt at Capitol Riot Will Not Be Charged 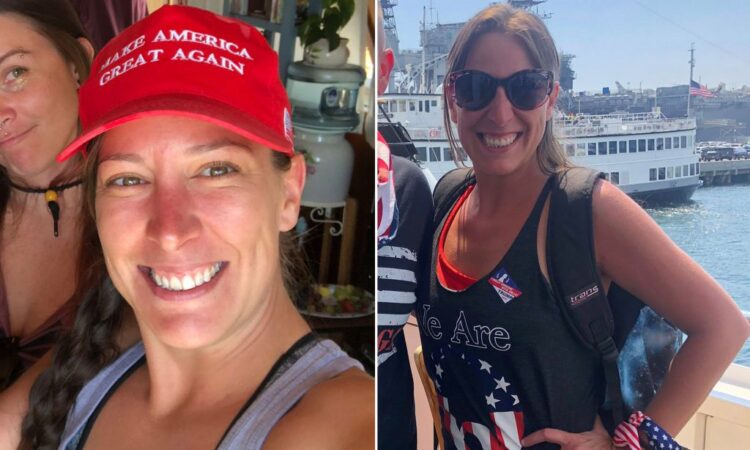 WASHINGTON – (DOJ / NEWS RELEASE) – The U.S. Attorney’s Office for the District of Columbia and the Civil Rights Division of the U.S. Department of Justice will not pursue criminal charges against the U.S. Capitol Police officer involved in the fatal shooting of 35-year-old Ashli Babbitt, the Office announced today.

The U.S. Attorney’s Office for the District of Columbia’s Public Corruption and Civil Rights Section and the Civil Rights Division, with the Metropolitan Police Department’s Internal Affairs Division (IAD), conducted a thorough investigation of Ms. Babbitt’s shooting. Officials examined video footage posted on social media, statements from the officer involved and other officers and witnesses to the events, physical evidence from the scene of the shooting, and the results of an autopsy. Based on that investigation, officials determined that there is insufficient evidence to support a criminal prosecution. Officials from IAD informed a representative of Ms. Babbitt’s family today of this determination.

The investigation determined that, on January 6, 2021, Ms. Babbitt joined a crowd of people that gathered on the U.S. Capitol grounds to protest the results of the 2020 presidential election. Inside the Capitol building, a Joint Session of Congress, convened to certify the results of the Electoral College vote, was underway. Members of the crowd outside the building, which was closed to the public during the Joint Session, eventually forced their way into the Capitol building and past U.S. Capitol Police (USCP) officers attempting to maintain order. The Joint Session was stopped, and the USCP began evacuating members of Congress.

The investigation further determined that Ms. Babbitt was among a mob of people that entered the Capitol building and gained access to a hallway outside “Speaker’s Lobby,” which leads to the Chamber of the U.S. House of Representatives. At the time, the USCP was evacuating Members from the Chamber, which the mob was trying to enter from multiple doorways. USCP officers used furniture to barricade a set of glass doors separating the hallway and Speaker’s Lobby to try and stop the mob from entering the Speaker’s Lobby and the Chamber, and three officers positioned themselves between the doors and the mob. Members of the mob attempted to break through the doors by striking them and breaking the glass with their hands, flagpoles, helmets, and other objects. Eventually, the three USCP officers positioned outside the doors were forced to evacuate. As members of the mob continued to strike the glass doors, Ms. Babbitt attempted to climb through one of the doors where glass was broken out. An officer inside the Speaker’s Lobby fired one round from his service pistol, striking Ms. Babbitt in the left shoulder, causing her to fall back from the doorway and onto the floor.

A USCP emergency response team, which had begun making its way into the hallway to try and subdue the mob, administered aid to Ms. Babbitt, who was transported to Washington Hospital Center, where she succumbed to her injuries.

The focus of the criminal investigation was to determine whether federal prosecutors could prove that the officer violated any federal laws, concentrating on the possible application of 18 U.S.C. § 242, a federal criminal civil rights statute. In order to establish a violation of this statute, prosecutors must prove, beyond a reasonable doubt, that the officer acted willfully to deprive Ms. Babbitt of a right protected by the Constitution or other law, here the Fourth Amendment right not to be subjected to an unreasonable seizure. Prosecutors would have to prove not only that the officer used force that was constitutionally unreasonable, but that the officer did so “willfully,” which the Supreme Court has interpreted to mean that the officer acted with a bad purpose to disregard the law. As this requirement has been interpreted by the courts, evidence that an officer acted out of fear, mistake, panic, misperception, negligence, or even poor judgment cannot establish the high level of intent required under Section 242.

The investigation revealed no evidence to establish beyond a reasonable doubt that the officer willfully committed a violation of 18 U.S.C. § 242. Specifically, the investigation revealed no evidence to establish that, at the time the officer fired a single shot at Ms. Babbitt, the officer did not reasonably believe that it was necessary to do so in self-defense or in defense of the Members of Congress and others evacuating the House Chamber. Acknowledging the tragic loss of life and offering condolences to Ms. Babbitt’s family, the U.S. Attorney’s Office and U.S. Department of Justice have therefore closed the investigation into this matter.

The post BREAKING: Officer Who Killed Ashli Babbitt at Capitol Riot Will Not Be Charged appeared first on Breaking911.