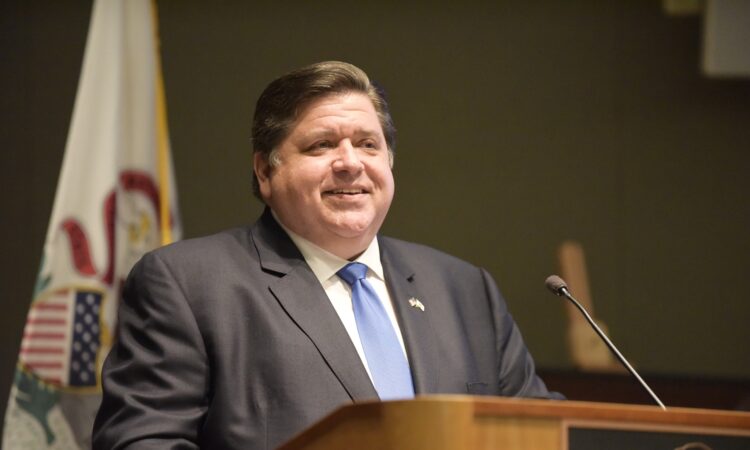 SB 825 grants sheriffs outside of Cook County the ability to establish polling locations at local county jails, a practice already in place in Cook County. Individuals awaiting trial and sentencing who are residents of the community surrounding the county jail will now be permitted to vote at the jail’s polling place.

“With attacks on voting rights on the rise in states across the nation, Illinois is proud to stand up for a strong, secure, and accessible democracy,” said Governor JB Pritzker. “This legislation articulates the rights of Illinois citizens to vote by mail, allows those awaiting trial to cast their ballots, and makes a state holiday of Election Day 2022. I want to thank sponsors Senate President Don Harmon and Representative Maurice West, as well as the Women’s Legislative Caucus leadership, and county clerks across the state for their commitment to protecting the fundamental right to vote.”

The legislation builds on the administration’s previous actions to protect and expand voting rights in Illinois which include extended hours at permanent polling places, expanding the state’s vote by mail program, and making election day a state holiday.

“This keeps in place a number of voter conveniences that have proven popular,” said Senate President Don Harmon (D-Oak Park). “It’s a great example of lawmakers listening to the diverse voices of voters and taking steps to maintain and encourage voter participation.”

“All throughout the country, we are seeing efforts by Republicans to stifle the people’s right to vote—particularly among communities of color,” said Speaker Emanuel “Chris” Welch (D-Westchester). “In Illinois, we believe our democracy is only stronger when more people have access to the ballot box. That’s why we passed this elections bill to establish permanent mail-in voting and make election day a state holiday.”

“With the signing of Senate Bill 825, we are telling the nation that Illinois is all about voter empowerment, not voter suppression. Illinois is about increasing accessibility for all people to vote while preserving the integrity of the ballot box,” said State Representative Maurice West (D-Rockford). “I want to thank Speaker Welch and Senate President Harmon for teaming up with me and thank you to Governor Pritzker for empowering voters by signing this legislation.”

“COVID-19 demonstrated the interest and efficiency of voting by mail,” said Senate Majority Caucus Whip Julie Morrison (D-Lake Forest). “This becomes a permanent change that will encourage more voters to participate in the election process.”

“Our democracy is at its healthiest when we have high voter participation. We are making sure that voters have the secure access they deserve,” State Representative Katie Stuart (D-Edwardsville) said. “Making sure our high school students can get registered as soon as they are eligible and recognizing the importance of voting with a state holiday on General Election Day will go a long way to create our next generation of involved citizens.”