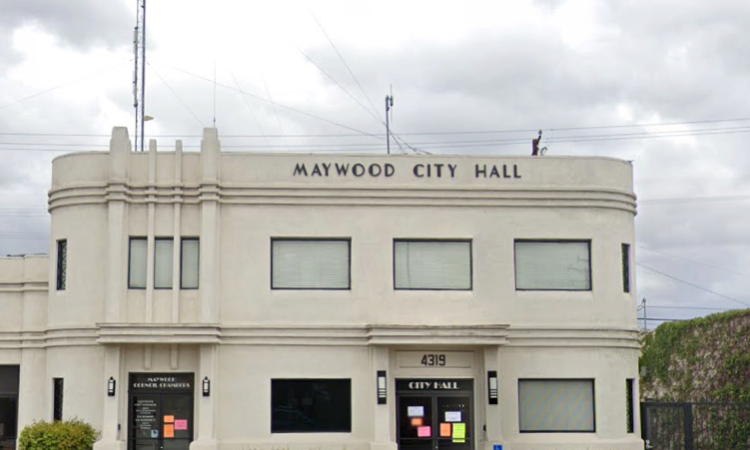 MAYWOOD, CA — Los Angeles County District Attorney George Gascón announced today that the former mayor of Maywood and 10 others have been charged in a 34-count complaint alleging widespread corruption that includes soliciting and receiving bribes, misappropriation of public funds and embezzlement over a three-year period.

“No one is above the law. Public officials should be working to benefit the people, not their own bank accounts,” District Attorney Gascón said. “Pay-to-play politics have no place in Los Angeles County and we are all deserving of a clean government.”

Ramon Medina, 61, was charged with six counts of soliciting a bribe, three counts each of conspiracy to commit a crime, embezzlement and failing to file campaign statements, two counts each of grand theft, misappropriation of public funds and perjury under oath and one count of failure to report behested payments.

Medina, a former mayor and councilmember for Maywood, is accused of seeking and receiving bribes from several of his co-defendants who sought to gain favor and do business in one of the county’s most densely populated and smallest cities. The city outsourced much of its city services, such as legal services, engineering, building inspections and park maintenance, primarily relying on third-party, private vendors.

Medina, along with former City Manager Reuben Martinez and Building and Planning Director David Mango, are accused of trying several times to sell three redevelopment properties for less than half their fair market value. Although the properties were supposed to be developed for much-needed affordable housing, the trio sought a buyer who would build a 24/7 charitable bingo hall.

The three defendants allegedly promised potential buyers favorable financing terms and agreed to share a portion of the revenues generated by the bingo hall. In return, Medina is accused of soliciting bribes from one prospective buyer, co-defendant Paul Garcia, to recall a Maywood councilmember.

Between September 2016 and June 2018, the three men also are accused of authorizing contractor Felipe Velarde to complete construction projects for Medina’s friends and supporters using public funds. The work allegedly included building handicap ramps and driveways on private properties, installing speed bumps on streets that did not meet industry standards and repair work at Mango’s home in Studio City.

In all, the city paid Velarde $1.53 million during that time – sometimes doubling and tripling payments to him compared to the previous two-year period.

Medina also allegedly directed city employees to void or dismiss parking tickets that had been issued to his friends and supporters.

Additionally, Medina and his son, Ramon Medina Jr., are accused of having more than 40 gamecocks and paraphernalia used to train the birds for cock fighting.

Others who have been charged include:

Hector Castillo, runs engineering firm: one count each of conspiracy, bribing an executive officer and grand theft and two counts of embezzlement

Ramon Medina Jr.: one count of conspiracy to possess gamecocks for fighting purposes

The case remains under investigation by the District Attorney’s Bureau of Investigation.