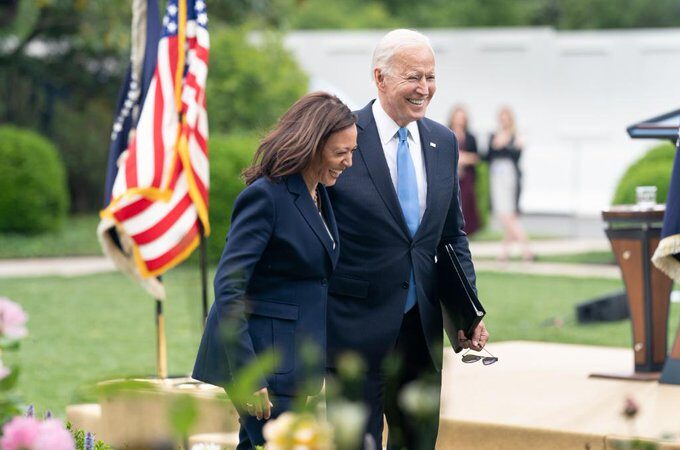 Vice President Kamala Harris has been chosen by President Joe Biden to lead an effort to stop GOP voting legislation in states like Texas and Arizona.

Vice President Harris said, “Every American has a right to have their voice heard at the ballot box, and no American should be kept from voting early, voting by mail, or voting at all. Our democracy is strongest when everyone participates, and it is weaker when people are left out.

Throughout the arc of our nation’s history, many have worked—and many have died—to ensure that all Americans can cast a ballot and have their vote counted. Today, that hard-won progress is under assault.

In the last election, more people voted than ever before. Since then, more than 380 bills have been introduced across the country that would make it harder for Americans to vote. These bills seek to restrict the options that make voting more convenient and accessible, including early voting and vote by mail. Our Administration will not stand by when confronted with any effort that keeps Americans from voting.

We must protect the fundamental right to vote for all Americans regardless of where they live. There are two important bills in Congress that would do just that. The For the People Act would provide all Americans with fair and accessible voting options, and the John Lewis Voting Rights Advancement Act would prevent discriminatory changes to voting laws and procedures.

President Joe Biden asked me to help lead our Administration’s effort to protect the fundamental right to vote for all Americans. In the days and weeks ahead, I will engage the American people, and I will work with voting rights organizations, community organizations, and the private sector to help strengthen and uplift efforts on voting rights nationwide. And we will also work with members of Congress to help advance these bills.

The work ahead of us is to make voting accessible to all American voters, and to make sure every vote is counted through a free, fair, and transparent process. This is the work of democracy.”