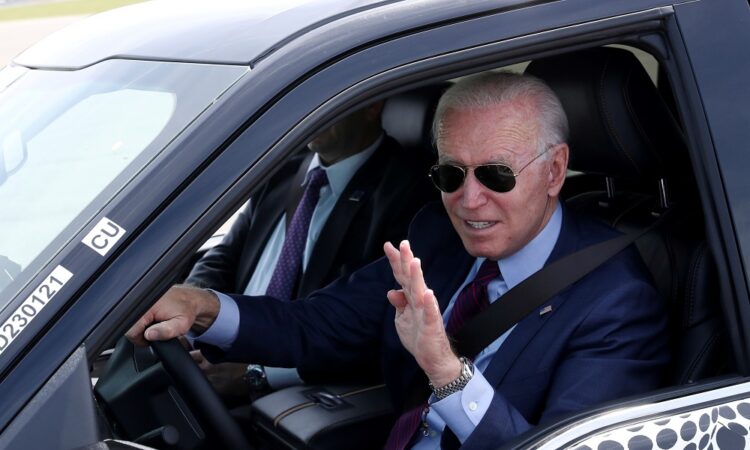 President Biden’s Build Back Better Agenda and the Bipartisan Infrastructure Deal invest in the infrastructure, manufacturing, and incentives that we need to grow good-paying, union jobs at home, lead on electric vehicles around the world, and save American consumers money. Today, the President will announce a set of new actions aimed at advancing these goals and increasing the impact of his proposed Build Back Better investments – positioning America to drive the electric vehicle future forward, outcompete China, and tackle the climate crisis.

In addition, and consistent with the President’s Day One Executive Order, the Environmental Protection Agency (EPA) and U.S. Department of Transportation (USDOT) will announce how they are addressing the previous administration’s harmful rollbacks of near-term fuel efficiency and emissions standards. Through these coordinated notices of proposed rulemaking, the two agencies are advancing smart fuel efficiency and emissions standards that would deliver around $140 billion in net benefits over the life of the program, save about 200 billion gallons of gasoline, and reduce around two billion metric tons of carbon pollution. For the average consumer, this means net benefits of up to $900 over the life of the vehicle in fuel savings.

These new actions – paired with the investments in the President’s Build Back Better Agenda – will strengthen American leadership in clean cars and trucks by accelerating innovation and manufacturing in the auto sector, bolstering the auto sector domestic supply chain, and growing auto jobs with good pay and benefits. That is why today, American automakers Ford, GM, and Stellantis and the United Auto Workers (UAW), will stand with President Biden at the White House with aligned ambition: supporting the President’s Build Back Better Agenda and the automakers’ need to invest in and grow good-paying union jobs in the United States.

The post Biden Signs Executive Order To Make Half Of All Cars Sold Electric By 2030 appeared first on Breaking911.