HomeNewsBarber Defied Rules and Cut Hair From Home. Now He Has the Virus.
News

Barber Defied Rules and Cut Hair From Home. Now He Has the Virus. 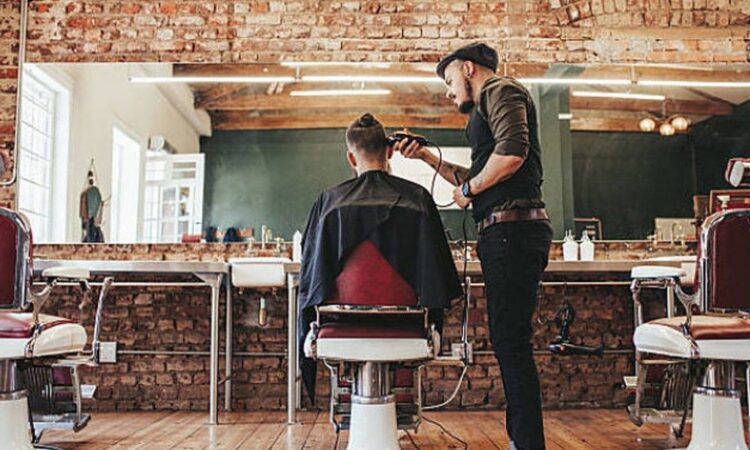 The complaint came in last month from a resident of Kingston, a city in New York’s Hudson Valley: A local barbershop was still performing haircuts, in violation of New York’s emergency shutdown orders to thwart the coronavirus.

Two days later, a buildings investigator went out to investigate the claim. La Lima Barbershop at 678 Broadway was dark.

Three more visits, on April 13, 17, and 19 turned up the same result: “Appears to be closed,” the inspector wrote on each form.

The complaint was left unresolved until this week, when the proprietor of the shop, Joseph LaLima, was hospitalized for the coronavirus, setting off a furor in the Ulster County city, about 90 miles north of New York City.

Mr. LaLima had never stopped cutting hair, despite Gov. Andrew M. Cuomo’s order. But he was not doing it in his shop; he was doing in the privacy of his home — in the back of the shop.

⚠️ PUBLIC HEALTH NOTICE ⚠️ @UCDeptHealth announced today that a Kingston barber who has been providing haircuts during the last few weeks at a barbershop on Broadway has tested positive this week for the COVID-19 virus. pic.twitter.com/IVAimqoJ90

“He said do not open up your shops, barbershops, beauty parlors, nail salons, tattoo parlors,” Mr. LaLima said on Friday, referring to the governor. “So I didn’t.”

Mr. LaLima, who spoke just after his release from a four-day hospitalization, began to get agitated. “It said you can work from home,” he said. “678 Broadway is my home!”

But according to state officials, Mr. LaLima’s interpretation of the order does not square with its actual text. The March 21 rule did not just order the closure of the physical spaces where services like manicures and haircuts are performed; it required services like nail-painting and buzz cuts to cease completely.

“These services cannot be provided while maintaining social distance,” the order reads.

In his daily briefing on Friday, Gov. Cuomo denounced Mr. LaLima’s actions without naming him. “You know that is an occupation of close proximity, right? You can’t really socially distance and do a haircut,” the governor said. “That is by definition an up close and personal occupation.”

A few hours after leaving the hospital, Mr. LaLima railed against the governor. He said he had done no wrong, and was simply trying to make a living.

Richard Azzopardi, a senior adviser to the governor, was unmoved by Mr. LaLima’s defense. “There is no excuse to be reckless in a pandemic,” he said.

The coronavirus has killed 31 people in Ulster County, and more than 1,400 people have been infected. Eleven people are currently hospitalized in the county, and health officials fear that some of Mr. LaLima’s clients may be next.

Some of the county’s 55 disease investigators are now trying to trace those customers. According to the barber, many of his clients were police officers and firefighters, whose hair he cut for free.

“I did them a favor!” Mr. LaLima said. “And I didn’t give it to anybody else. I got it from somebody that came into my shop.”