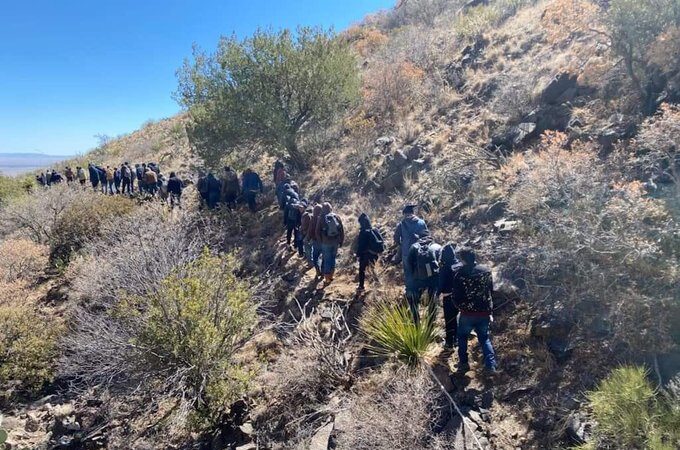 PHOENIX — (News Release / AZ AG) — Attorney General Mark Brnovich filed a lawsuit against the U.S. Department of Homeland Security (DHS) and federal officials for violating the National Environmental Policy Act (NEPA) over destructive immigration policies. The Attorney General’s Office (AGO) is asking the U.S. District Court in Arizona to void the decisions to stop border wall construction and the “Remain in Mexico” policy until the federal government complies with its obligations under NEPA.

“It’s the pinnacle of hypocrisy for the Biden Administration to claim it wants to protect our environment, while not enforcing federal statutes that are specifically designed for that purpose,” said Attorney General Mark Brnovich. “We’re not going to sit idly by as the Biden Administration ignores real harms to our state resulting from its heavy-handed executive orders.”

NEPA protects the environment by requiring federal agencies to carefully weigh environmental considerations before taking any major federal action. As the drafters of NEPA recognized, population growth has significant environmental impacts. In its complaint, the AGO argues that DHS and other federal officials did not provide environmental impact statements or environmental assessments when DHS abruptly halted ongoing border wall construction and also began permitting entry of additional migrants by ending the “Remain in Mexico” policy.

Abruptly Halting Border Wall Construction
President Joe Biden, in one of his first official actions on January 20, 2021, ordered the halting of ongoing construction of miles of border wall, leaving haphazard and unplanned gaps between physical barriers and encouraging widespread illegal migration. Since construction was stopped, machinery has been standing idle in areas of Arizona, with incomplete work in numerous places.

As a direct consequence of the gaps in the nation’s border infrastructure, migrants have been crossing into Arizona in greater numbers than ever before. One source estimates that approximately 1,000 individuals are able to evade detention and enter the United States illegally every single day, many through these glaring holes in the border wall.

Inevitably, many of these migrants settle in Arizona, increasing the population of the state. Despite these foreseeable effects resulting from DHS’ policies, at no time did the agency undertake any analysis of the environmental impacts.

Stopping Remain in Mexico Policy and Permitting Additional Migrants to Enter the U.S.
President Biden also ordered DHS to stop carrying out the “Remain in Mexico” program in February 2021 and allow asylum seekers to enter the United States while claims are pending. Thousands of immigrants have now been released and continue to be as a result of the termination of the program. Many will be able to remain in the United States even if their asylum claims are eventually denied, or they simply fail to appear for their hearings.

While the courts have repeatedly recognized that the environmental impacts of such policies must be analyzed prior to their implementation under NEPA, DHS has never attempted to do so.

Impact of Increased Population on the Human Environment
Thousands of additional individuals have settled and continue to settle in Arizona than otherwise would have as a result of DHS’ actions. Migrants, like everyone else, need housing, infrastructure, hospitals, and schools. They drive cars, purchase goods, and use public parks and other facilities. All of these activities have significant environmental impacts, including displacement of undeveloped lands and additional air emissions. But although courts have repeatedly recognized that these impacts must be analyzed under NEPA, DHS has never even attempted to do so.

share on Facebookshare on Twitter
WATCH: Tucker Carlson fires back at calls for his firing over ‘replacement’ comments
BREAKING: Moderna says its COVID vaccine is more than 90% effective against virus six months after second shot