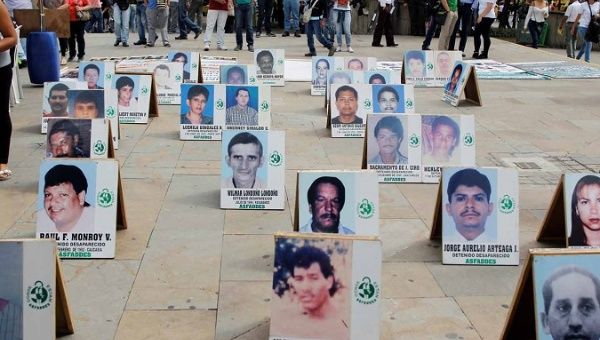 Jose Domingo Ulcue Collazos was on his motorcycle when he was shot.

An indigenous teacher, Jose Domingo Ulcue Collazo was killed Monday night in the town of Santander de Quilichao in the department of Cauca, Colombia. His death makes him the 173rd social leader killed in Latin America in 2018.

Social organizations reported that the killing occurred between 4:30 pm and 8:00 pm local time while Ulcue was commuting on his motorcycle.

The suspects shot Ulcue in the chest, he was later transported to the Francisco de Paula Santander hospital where he died.

Ulcue was a teacher at the Benjamin Dindicue school where he lectured on, among other subjects, ethics, and values.

Agencies and activists have pressed the government for the need to fight impunity, a similar sentiment has been expressed by citizens online.

This makes 173 killings this year. And since Jan 1, 2016, when the Colombian government and the former guerrillas of FARC agreed to halt hostilities, 478 social leaders have been killed.

According to a report published in July, titled ‘All The Names, All The Faces,’ at least 123 Colombian social leaders were murdered between January 1 and July 4 this year.

About 80 percent of the people assassinated were members of Campesino or Indigenous organizations.

About 13 percent had some connection to coca cultivation, particularly those working in crop substitution or protesting against forced eradication by the state.

Almost 15 percent of the victims were women. Over 30 were connected to the Revolutionary Alternative Force of The Commons (FARC), and many were affiliated to Marcha Patriotica, or Colombia Humana, which is Gustavo Petro’s party.

The organizations behind the report include the Political and Social Coordination of the Marcha Patriotica; the Agrarian, Campesina, Ethnic and Popular Summit (Cacep), and the Institute of Peace and Development Studies (Indepaz).

The report highlights the following patterns: illegal surveillance by state intelligence agencies; unfounded criminalization through the penal justice system; extrajudicial killings by state forces; executions by paramilitary groups acting with the acquiescence of the state, and the use of excessive force by Colombia’s Mobile Anti-Disturbances Squadron, commonly known as Esmad.

share on Facebookshare on Twitter
US, Israel, Colombia Reveal Maduro Accomplice Is Connected to Hezbollah
Science in Colombia on the cusp of change